Multicultural Children’s Literature: Where Are We? 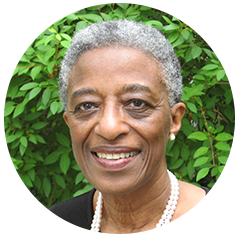 More than 25 years ago I published an essay entitled “Mirrors, Windows, and Sliding Glass Doors.” It argued for increasing the availability of books in which all children can find reflections of themselves and their lives or experience lives different from their own but nevertheless recognizable as potentially shared human experience. But where are we now?

First, the not-so-good news. In spite of all the attention to diversity and multicultural literature in the past two or three decades, the percentage of books in which historically underrepresented children, such as African-Americans, Asian/Pacific–Americans, Latinos, and Native/First Nations people, can find their mirrors has not substantially increased over the years. The proportion tends to hover around 10 percent of the children’s books published in any given year, according to the statistics compiled by the Cooperative Children’s Book Center at the University of Wisconsin-Madison.

Nevertheless, there is good news. For one thing, although the percentage has not changed, the sheer quantity of such books has increased substantially. More significantly, a number of newer authors and artists from those underrepresented groups are producing excellent books and receiving accolades and prestigious awards. In fact, perusing the lists of winners and honor books of the American Library Association Youth Media Awards over the past decade reveals a pleasantly surprising number of author and artist winners from those underrepresented groups. In addition, a number of awards, such as the Coretta Scott King Award, the Pura Belpré Award, the Schneider Family Award, and the Stonewall Award, specifically honor excellence in literature created by authors and artists from particular groups. Such attention increases the likelihood that diverse books will be widely distributed, even sought after for classrooms and libraries.

For the past three years I have been a member and then chair of the Coretta Scott King Book Award Jury, which recognizes excellence in books created by African-American authors and artists. Although I have not closely examined as many books from Latinx creators, Asian/Pacific–Americans, and First/Native Nations peoples, I am guessing that some of my observations below apply to those literatures as well.

First, I see both continuity and change. Some of the pioneering creators of African-American children’s literature, such as Jerry Pinkney and Ashley Bryan, continue to produce award-winning works, while some newer authors continue to address themes or topics that have been somewhat characteristic of the literature, such as intergenerational family relationships; African-American history and culture; African-American heroes and sheroes. As they build on the work that has gone before, however, they are also employing newer ways of telling stories—free-verse biography, memoir, or novel; multiple narrators; graphic novel/comic book–style storytelling. It is gratifying to note that some of the work of these newer authors has been recognized by widely known and highly respected awards. For example, Jacqueline Woodson’s Brown Girl Dreaming received a National Book Award in 2014; Kwame Alexander’s The Crossover was awarded the 2015 Newbery Medal, and Javaka Steptoe’s Radiant Child was awarded the 2017 Caldecott Medal. It is worth noting that both Alexander and Steptoe were only the third African-American creators to receive the Newbery and Caldecott medals, respectively.

Second, there is a widening of the scope of African-American experiences represented. There is diversity within African-American experience as well as across cultural/ethnic groups. African-American children’s literature is beginningto reflect that diversity in socio-economic status, geographical setting, language use, geographic origins (Caribbean islanders, for instance), and intercultural/interracial relationships. Although there continues to be a focus on historical experiences such as slavery and the 1960s civil rights movement, newer books often address lesser-known aspects of those topics and/or address them in innovative ways. For example, the text in the picture book Freedom in Congo Square, written by Carole Boston Weatherford and illustrated by R. Gregory Christie, is a series of seemingly light rhyming couplets, unexpected in a book about slavery. Other books incorporate atypical topics or themes: a soccer player in Kwame Alexander’s Booked, a grieving teenager who works in a funeral home in Jason Reynolds’ The Boy in the Black Suit, a city boy becoming a horseman in Christine Kendall’s Riding Chance.

While those trends are promising, it is also true that there is still work to be done. When I visit my local outlet of a large chain bookstore, for instance, I find it difficult to locate children’s books featuring people of color. Such books can be ordered but only if one has specific titles or authors in mind. Ideally, books featuring diverse groups would be prominently and matter-of-factly displayed along with other books of their type or genre, such as picture books or fiction.

Ideally, diversity would be apparent across genres in children’s books. The “mirrors and windows” essay envisioned a world in which young readers could find personal connections to books in whatever genre they were interested in reading. Although I am hopeful, we are not there yet. For example, board books featuring children of color as main or sole characters are hard to find, as are fantasy novels with people of color as the heroes. The current focus on diversity may have a positive impact, but it will take writers, artists, publishers, teachers, and librarians to make a difference by continuing to insist that children’s literature include all our voices and by making available books in which all our children can find their mirrors and realize their connections to the human family.