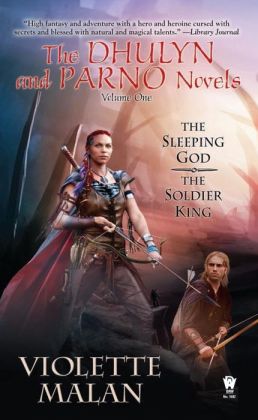 I wasn't truly aware I had a book buying addiction until I started amassing a collection of science-fiction and fantasy omnibuses. For the uninitiated, an omnibus is a single volume collection of multiple, related books. Picture your favorite book trilogy being available in a single physical volume. For example, you could buy J.R.R. Tolkien's Lord of the Rings trilogy by separately purchasing The Fellowship of the Ring, The Two Towers and The Return of the King...or you could buy a single Lord of the Rings omnibus volume that contains all three novels packaged together in the same binding. Or maybe your favorite fantasy series is 10 books long and the publisher is reprinting the books by binding two books at a time into an omnibus volume. You can own the entire series in five books instead of 10.

Omnibus editions appeal to me for two reasons. The first one is purely economical. Omnibus editions cost less than buying the included books individually. It makes sense that they'd be priced less. It usually takes less paper to combine books into an omnibus edition that's (usually) printed with smaller text. Also, by the time publishers put out omnibus editions, sales for the individual books have usually tapered off, so the cheaper price makes them more attractive to readers and they squeeze a little more money out of their titles. That strategy works. I would know: I'm a sucker for a good book deal and an omnibus volume sitting on a bookstore shelf practically screams at me to pick it up. Which I do.

The second reason is more obsessive-compulsive than anything, and it applies to trilogies more than longer m

ulti-volume series. The idea of having an entire series self-contained in a single book just seems...right. This is especially the case when connected books tell a longer story arc that spans multiple books. I'll explain my reasoning by exploring the opposite situation. Consider the case of Peter F. Hamilton's Night's Dawn trilogy. Each single hardback novel in the trilogy is already fairly long, so an omnibus was never in the cards. However, because the hardback books were so long, they were released in the U.S. as six paperback books around the time I read them; each book in the trilogy was released as two separate books, a Part 1 and a Part 2. That meant that readers had to buy two books to read a story that was originally released as a single hardback volume, or six mass market paperback to read the entire trilogy. While that might be necessary in terms of book production, it just felt wrong. "Booksplitting" is the evil twin of the omnibus in that you only get half a story. Crazy, right? The reverse then—that is, releasing all the books in a longer story as a single volume—must be a good thing. Or at least it feels that way.

A more recent example revolves around some of the Warhammer books published by Black Library. Many of their books are part of a longer series, and many of those series tell a longer story that bridges multiple books. Dan Abnett's Eisenhorn and Ravenor omnibuses are each comprised of 3 separate volumes, plus related short fiction as a bonus. They are how I cut my teeth on the richly detailed Warhammer universe. Even more recently, I read and enjoyed The Ultramarines Omnibus written by Graham McNeill. It, too, is comprised of three separate novels and related short fiction and reading that single volume somehow felt like it was more epic than if I had read the books separately. (That said, Abnett's three Eisenhorn books are being reprinted with spectacular new covers this summer. It's tempting to own those as well...see below.)

Now that I'm done drooling all over the omnibus format, you might be wondering how omnibuses helped me realize I have a book-buying addiction. The answer is quite simple and maybe a little sad. It's helpful to know that by this time in my life, book buying was already an obsession. So much so that I was buying books faster than I could read them. What would often happen is that I would buy the books in a trilogy, they would sit somewhere unread for some time, and then the publisher would release an omnibus edition of those same books. What else was I to do? Just walk by it as if I had never seen it? Alas, that was not as easy as it sounds. I have repeatedly purchased omnibus editions of books I already own. This is when it first dawned on me that I had a book-buying addiction. As is so often the case with addiction, the people around me knew it way before I did. "I can control it," I said, "This isn't a problem," I said. "Do you have any empty boxes so I can store these cool 'new' books I bought?" I asked.

It doesn't look like my addiction will be cured any time soon. And if the best cure for something is to share your experience with others—like I've done here—then let me complete my therapy and suggest a few recent omnibuses that may pique your interest:

o  Violette Malan's The Dhulyn and Parno Novels: Volume One (comprised of The Sleeping God and The Soldier King)—a fantasy adventure following two members of a Mercenary Guild who are veterans of numerous battles and masters of martial arts. (A second omnibus volume is due out soon!)

o  Jewel and Amulet by Michael Moorcock (comprised of The Jewel in the Skull and The Mad God's Amulet)—part of Moorcock's vast multiverse, this one revolving around the first adventures of Dorian Hawkmoon and his war against the armies of the Dark Empire.

o  The Maze Runner and The Scorch Trials: The Collector's Edition by James Dashner—the first two books in Dashner's hugely successful Maze Runner series, in which people must escape a dangerous, giant maze.

Try them out and see how you like them. Then we can discuss how to get the rest of the world to stop calling them omnibuses and start calling them "omnibii," because that would seem right, too.