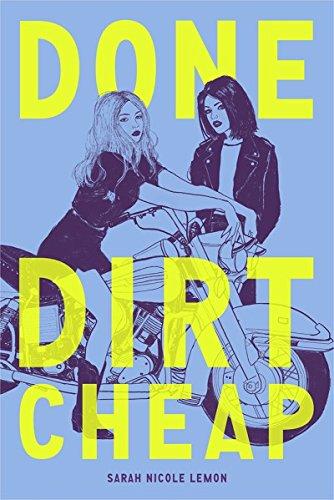 There are HEAPS of books coming out this month, and I want to read a LOT of them.

I’ve already written about this treasure at length, but my love is such that I can’t let a single opportunity to recommend it pass me by. Buy it, read it, love it, gift it to others.

I’ve already read this one as well, and it is ADORABLE and SMART and a HUG IN BOOK FORM. Amina is just starting middle school, and it feels like everything and everyone around her is changing—even though she doesn’t want it to. Starred review.

A Crown of Wishes, by Roshani Chokshi

Series books! It sounds like the Chokshi is a standalone companion set in the same world of The Star-Touched Queen, rather than a sequel—which, for me personally, is becoming more and more preferable—but like the first book, it blends together mythology, fairy stories, and romance into an epic fantasy adventure. McBride’s Pyromantic is a sequel to Firebug, which I’ve been meaning to read since it came out. Pyromantic involves both kelpies and “supernatural knitting” AND the Kirkus reviewer promises gruesome hijinks—I am always here for any and all of those things.

Five years ago, Nikki’s father was falsely convicted of murder, which left her with the unwanted-and-borderline-impossible job of keeping the family casino afloat. Now that his conviction has been overturned and he has been released, he’s determined to find out who framed him… but he quickly winds up murdered. As much as Nikki wants out of Las Vegas, she needs to know what happened to her father. I saw Giles read a bit from this one at Midwinter earlier this year, and it sounds like a blast. Starred review.

The Gauntlet, by Karuna Riazi

One of the first two titles from Simon & Schuster’s new Salaam Reads imprint—Amina’s Voice is the other one—this is a middle grade debut that’s being marketed as “steampunk Jumanji with a Middle Eastern flair.” I’ve been looking forward to it for ages, and now it is here, here, HERE.

The Inexplicable Logic of My Life, by Benjamin Alire Sáenz

Senior year in El Paso, as experienced by a trio of friends. Friendship, family, identity, and questions about anything and everything. Sáenz always does such stellar character work, he’s such a treat to read. Can’t wait for this. Starred review.

The Bone Witch, by Rin Chupeco

Dark fantasy! Necromancy! Politics! Why do I adore politics-heavy fantasy? I don’t know!

Two girls who graduated from the same high school but didn’t run in the same circles get to know each other when one of them INFILTRATES THE MOTORCYCLE GANG that the other one has grown up in. Maybe I’ve watched too many ‘50s era B-movies, but the phrase “infiltrates the motorcycle gang” is music to my ears.

Maid of the King's Court, by Lucy Worsley

Just a Girl, by Carrie Mesrobian

A story about that age-old question: after high school, what comes next? (Because despite what the majority of YA novels suggest, the Ivy League isn’t a given for every single teen.) Mesrobian is known for writing honestly (and explicitly) about sex—I’m looking forward to seeing her engage with the double standards and societal assumptions that surround girls and sex.

I mean. IT’S ABOUT THE NIGHT WITCHES.

After Blackbird Fly and The Land of Forgotten Girls, Erin Entrada Kelly will be on my auto-order list forever and ever and ever. Also, there’s a guinea pig. Starred review.

Miss Ellicott's School for the Magically Minded, by Sage Blackwood

The Kirkus review says that this middle grade fantasy “makes fun of the follies of bureaucratic patriarchy.” At this particular moment in time, that’s pretty much all I need to hear. *grabs book and runs away*

Looking for more new books? See my other 2017 monthly round-ups: January and February.