New YA to Check Out in April 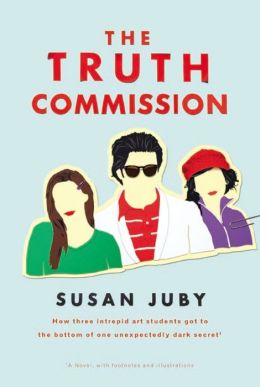 So, have you worked your way through all of those new March titles yet? Yeah, I haven’t, either. Nevertheless, it’s time to look at what’s coming in April!

Simon vs. the Homo Sapiens Agenda, by Becky Albertalli

The Truth Commission, by Susan Juby

Simon is about two boys who fall in love through letters, each without knowing the other’s identity; The Truth Commission is about a trio of art students who decide to celebrate truth…by confronting their acquaintances with some seriously personal questions. This has been such an excellent year for YA that I already have FOUR favorite books: Bone Gap, Infandous, Simon, and The Truth Commission. I’m so, so excited that this month, I’ll finally be able to share ALL FOUR of them far and wide.

One Thing Stolen, by Beth Kephart

Mental illness in Italy; cult life in Montana. Neither of these titles sounds like a barrel of lau

ghs, but both of these authors are auto-buys for me—Kephart because she writes so beautifully, and Hautman because he switches things up so often that I never know what to expect. The Kirkus review of Eden West is lackluster, but it’s received strong praise elsewhere—I’m going to pick it up and decide for myself.

I Am Her Revenge, by Meredith Moore

Two girls, used as weapons: one stars in an action-thriller, the other in a boarding school drama. In Hit, Patsy becomes an assassin for the government in order to pay off her mother’s credit card debt; in I Am Her Revenge, Vivian’s entire existence revolves around avenging her mother’s broken heart. I am a total sucker for both kinds of story, BRING THEM ON.

All the Rage, by Courtney Summers

Sexual assault, shame, and bullying in a small town where everyone knows everyone. I’ve been eyeing this one for months—I picked up an advanced copy at a library conference in January—and everywhere I’ve looked, the praise has been unanimous…but I still haven’t read it because I’m afraid it’s going to devastate me.

The Game of Love and Death, by Martha Brockenbrough

I wrote about these in my Valentine’s Day round-up—I’m SO looking forward to finally reading them! I have no doubt that the Hawkins book, especially, will be exactly the sort of pick-me-up I’ll need after re

ading All the Rage.

Two stories about schizophrenia: the first, about a boy who is experiencing it directly, the second, about a girl who is attempting to contend with her mother’s illness. Shusterman’s book is based heavily on his son’s experience, and Kirkus praises Schantz’s writing for being especially beautiful.

None of the Above, by I. W. Gregorio

After a painful attempt at sex with her longterm boyfriend, Kristin is diagnosed with androgen insensitivity syndrome. The descriptions I’ve read sound somewhat didactic, but there are so few YA books about intersex teens, so I’ll definitely be checking this one out.

Verse novel about the abuse cycle—according to the Kirkus review, it deals with the cyclical nature of the abuse within their own relationship as well as showing how each character’s history contributes to create a perfect storm-type situation. It sounds like it could provide thoughtful, empathetic answers to readers who struggle with questions about why people stay in abusive relationships.

What did I miss?