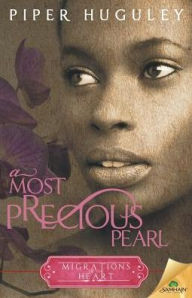 Today (and this month, in fact) I’ve decided to dive in to diversity.

Over at the Read-A-Romance site, I’ve invited 31 authors representing a spectrum of nationality, color, ethnicity, religion, culture, and orientation to post on The Joy of Romance, the 2015 theme for Read-A-Romance Month. (I also had a number of diverse authors during August—11, I think, out of 93. Just over 8 percent. Not enough.)

My reasons for doing a smaller version with only diverse authors are varied, but they stem from a number of great posts I’ve read over the past few months since RWA ’15, as well as real life conversations I’ve had with friends that also represent a broad spectrum of ideas, some heartening, some heartbreaking.

As we know, being a romance reader or author is tough. The world is pretty scornful of us, which is why it’s nice to have a huge community of readers and writers who get it. We all know this. It’s why we find each other online, and connect with each other at conferences or pro-romance events.

But let’s be honest. How many books that we read represent the real world? I love me a great duke love story as much as the next romance girl, but I also know that if I’m not reading a few books a year that have people of color in them or LGBTQ characters, then I’m not exactly being true to the real world.

Even more discouraging is the fact that the publishing world, even—especially—the romance publishing world, has never been great at buying, selling, promoting, or honoring books that include ethnically diverse characters or are written by people of color.

At RWA last year, a panel on this issue (you can see a Storify representation of it here) highlighted many of the challenges diverse books face, both within the industry and in the marketplace.

Kwana Jackson, who writes as K. M. Jackson and introduced #WeNeedDiverseRomance—a great hashtag to follow to learn about diverse romance authors and titles—started the campaign to honor her grandmother, the late Josephine Minatee, who was a huge romance fan, even though she never saw anyone who looked like her in the pages of her favorite books. (You can read her lovely, loving post here.) “I was thrilled when I read my first Terry McMillan in the early ’90s and recognized myself on the page. After reading romances for decades, I finally saw women who looked like me in the story. I was amazed, but looking back, it’s really sad, right?”

In a recent phone interview, Jackson talked about the romance industry, and how publishing makes it even more complicated for women of color to not only get published, but also to make sales. “It’s one more opportunity to make us an ‘Other’ through labels,” said Jackson.  “Because I’m an African-American woman writing diverse characters, my books are often classified as African-American r

omance. As if my books would only appeal to African-American readers.

Meanwhile, the publishing industry mainly ignores the fact that, as a group, black women are reading more than anyone else, according to a Pew study. So at the same time we’re limited by labels, regarding sales, the percentage of books being published by women of color is minuscule—especially in traditional publishing—so we’re kind of dismissed on both sides of the equation, as readers and as authors, labeled and boxed in, which limits our reach into the marketplace and our sales potential. This is particularly harmful if you know how authors hit bestseller lists, like USA Today or the New York Times, which obviously correlates to additional sales. It’s a hard business for anyone. But it’s especially hard for women of color.”

“However,” she adds, “I don’t want to minimize how wonderful it is to see so many great diverse authors with books in the marketplace, either with traditional publishers or indie. We’re seeing real positive change, and it’s exciting to watch.

Damon Suede, a popular LGBTQ author, feels like we’re moving in the right direction, and sees the indie-publishing revolution as helping to push the needle.

“Before, there was a very limited set of stories you could find in the romance section, and they were pretty much all white, heteronormative. Now, you can find just about any narrow interest you want. Everything is possible, which I find inspiring. No matter who you are or what you’re looking for, there are books for you.

Listen, difference causes friction and friction is what produces all energy, all attention, all change. So diversity generates all this incandescent friction in our genres and our imaginations, blowing open barriers for race, gender, ability, class. Sure we have a ways to go, but that wall has been cracked. Romance is the literature of hope, and the certainty of that happy ending means something entirely different when you step outside privilege into communities where HEAs are hard won and devalued. I’d say the push towards diversity in genre bodes well for all kinds of unexpected hope within that tried-and-true arc.

We couldn’t have imagined this 10 years ago, maybe even 5. Of course I’m an optimistic person, but I believe we’re headed into even more diverse characters and storytelling, and ultimately, we’ll push past diversity as something that we have to highlight as a value in media and land in our bold, bright world, perfect just as it is, where ‘diverse’ is natural and flows into every aspect of media like it does in life.”

As a reviewer, I have very little time to actually read books that I don’t get assigned. I try to augment my reading with audiobooks, but I have to rely on the library, friends, and occasionally publishers and authors to send me audio copies of their books, since I can’t really afford to buy them.

I rarely get romances to review that are written by or include characters of color. So even when I actually buy a book, or a publisher sends me an author I really want to read, I usually don’t have time—reading that book takes me away from titles I get paid to read. (I know, poor me—but it is nice to be able to pay the mortgage.) And unlike many of you who can read a book a day (don’t I wish?!), I’m a much slower reader than that. Darn it.

My library carries plenty of audiobooks—both in CD form and through Overdrive—but not all that many romances, and certainly not many romances that aren’t traditionally published bestsellers. For instance, they don’t have one Courtney Milan in audio. Courtney Milan! I’ve requested many of her books, but they have yet to buy any.

(I did listen to the Brothers Sinister, thanks to a friend. I highly recommend all of them, though heroine Rose in Talk Sweetly To Me is particularly amazing—a Black mathematician who loves astronomy. In historical romance. The scene where Rose’s sister is in labor and the doctor berates them for calling him—since he knows she’s too early to be in labor—is spine-chilling, and when Stephen takes Rose into the observatory? Romantic perfection.)

Many of the diverse authors I’ve mentioned in my column, whose books I’d like to read, don’t have audio versions, so even when a friend gifts me with credits, I don’t have many diverse options. Some of the books I most wanted to read last year:

A Most Precious Pearl by Piper Huguley

Bootie and the Beast by Falguni Kothari

The Fit Trilogy by Rebekah Weatherspoon

The Gunpowder Chronicles by Jeannie Lin

Carry the Ocean by Heidi Cullinan

Beverly Jenkins, Heidi Cullinan, and Jeannie Lin are available in audio, but not Carry the Ocean or The Gunpowder Chronicles (yet. Here’s hoping). Forbidden releases on 1/26 on Audible (at nearly $25 or 1 credit). My library doesn’t own one audio copy

of her books, not even Indigo. (Yes, I have requested a number of them.) Indie authors often don’t have the resources to publish their own titles in audio, so not only are they not in libraries, but they’re also not on Audible.

Even so, I managed to read or listen to a few titles in 2015 by LGBTQ authors and women of color, or which included diverse characters. This year I intend to read more. I intend to make the time.

I am hosting lovely, joyful, empowering, amazing essays on The Joy of Romance by 31 diverse authors who write books about a broad spectrum of characters. I invite you to check them out. They have all been invited to recommend other authors, and the list is long and varied.