Journalists as heroes in a few self-published books. 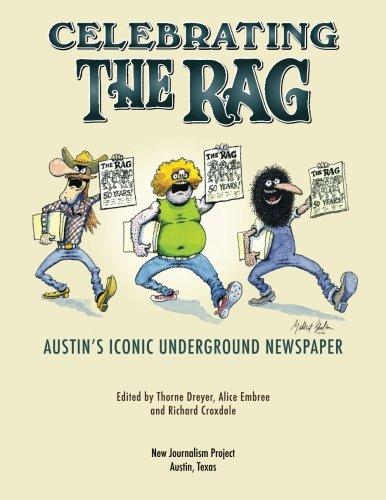 In our previous issue, Indie editor Myra Forsberg looked at three indie books that feature journalists as heroes. But real-life reporters in the 1960s and ’70s, who covered everything from the Vietnam War and the rise of the counterculture to the Watergate scandal, also have engaging true stories to tell. These three books, all reviewed by Kirkus Indie, offer a few firsthand accounts:

Jack Schwartz, in The Fine Print (2015), tells of his long journalistic career at five New York City newspapers, including the New York Times. Along the way, he covered several major news stories, such as the 1965 New York City blackout, and was the book-review editor for Newsday. “Schwartz’s prose exudes a palpable affinity for the written word,” Kirkus’ reviewer writes, “and his text recalls the days of bustling newsrooms where ‘everyone seemed to be smoking, drinking or growling—some simultaneously.’ ”

In 2016’s The Sixties in Black and White, Elisabeth Stevens collects some of her 1960s illustrations depicting aspects of rural and industrial America, which she sold to such disparate publications as National Review and the left-leaning the New Leader. She also includes an article that she wrote for the latter about a 1963 West Virginia mining disaster, complete with her own drawings. “These line drawings create a spirited monument to a rocky era in American history,” writes Kirkus’ reviewer.

Former staffers of the Rag, a now-defunct Austin, Texas, underground newspaper, offer their remembrances in a 2017 collection called, fittingly, Celebrating the Rag. The anti-war, countercultural newspaper covered such touchstones as the Woodstock festival and the Kent State shootings. But it also tackled local issues, including a 1972 Austin bus strike, and provided a venue for famed underground “comix” artist Gilbert Shelton. Kirkus’ reviewer called it “a raucous, absorbing excursion back to the 1960s and ’70s.” David Rapp is the senior Indie editor.