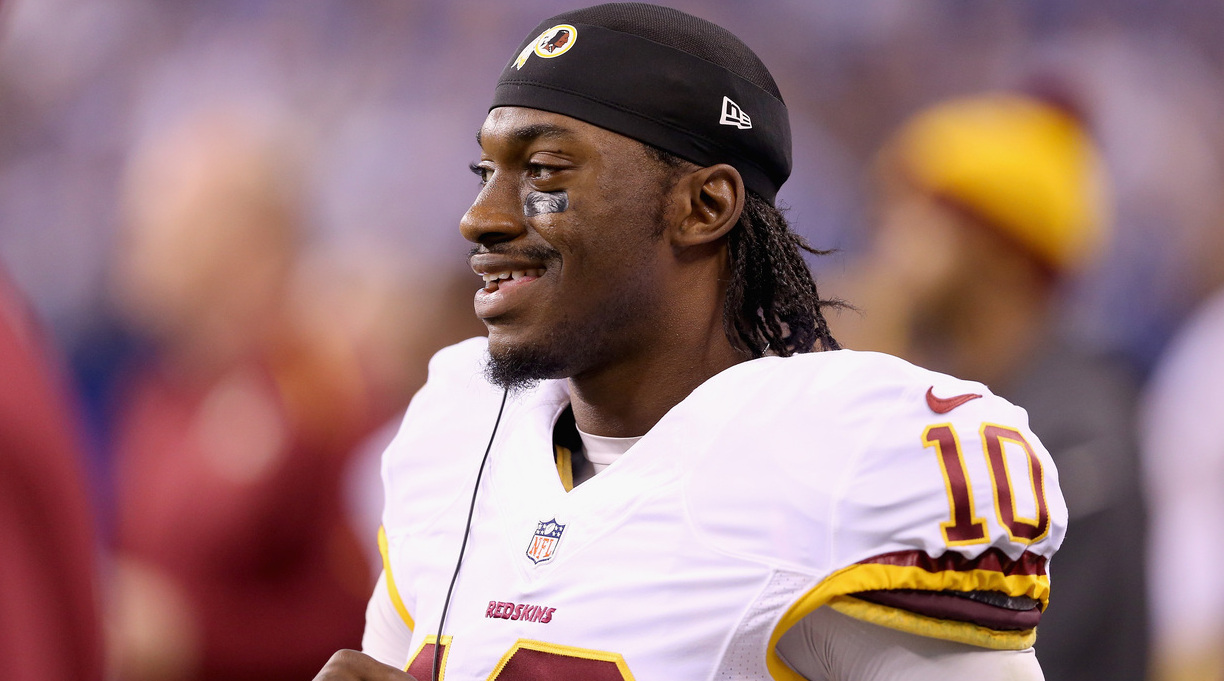 Star quarterback Robert Griffin III is going nuclear on the first NFL team he played for.

Griffin, who is now a free agent after playing eight years in the league, will take on the Washington Football Team in a new “explosive tell-all” memoir, he announced via video on Twitter.

“I want you to take this journey with me as I walk you through one of the most dysfunctional franchises in all of sports,” he said. “I’m going to tell you the truth about what happened in that playoff game in 2012 against Seattle. I’m going to detail the medical mismanagement that I received during my time in Washington. I’m going to open your eyes to the sexual harassment that permeated the walls of that building.”

The truth will set you free.

In January of 2013, Griffin and the Washington Football Team took on the Seattle Seahawks in a playoff game. Griffin had previously sustained a knee injury but was allowed to play anyway; he re-injured his knee in the Seattle game, dimming his star as an NFL player for several seasons.

The Washington Football Team has been mired in controversy for years. In July, the NFL fined the team $10 million after allegations that employees had been subject to bullying and sexual harassment.

Publisher Atria Books says that Griffin’s memoir, co-written with Gary Myers and titled Surviving Washington, will “[shine] a light on...the toxic environment he witnessed with medical mismanagement and sexual harassment in the most dysfunctional organization in sports today, overseen by Daniel Snyder.”

Surviving Washington is scheduled for publication on Aug. 9, 2022.