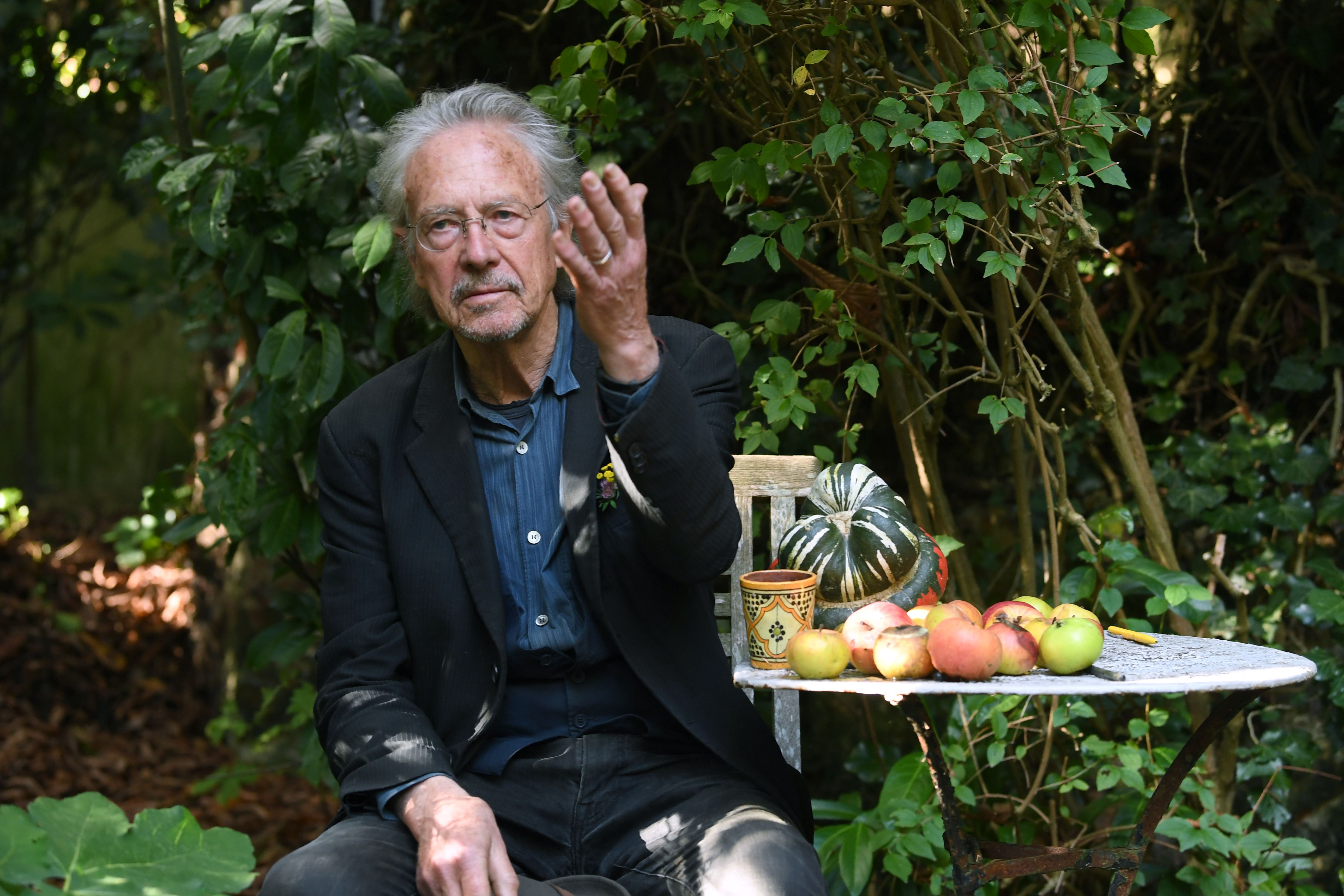 One of the two winners of the Nobel Prize for Literature would like you to know that you won’t have Peter Handke to kick around anymore.

The Guardian reports that Handke, who along with Polish author Olga Tokarczuk won the prestigious literary prize last week, vowed never to speak to journalists again after being asked questions about his political views.

Handke’s win sparked an intense backlash from critics who questioned his past comments defending Slobodan Milošević, the former Serbian president who died while on trial for war crimes.

“I’m standing at my garden gate and there are 50 journalists—and all of them just ask me questions like you do, and from not a single person who comes to me I hear they have read any of my works or know what I have written,” complained Handke.

He then humbly compared himself to some of literature’s most august names.

“I am a writer, I come from Tolstoy, from Homer, from Cervantes. Leave me in peace and don’t ask me questions like that.”

The Austrian writer’s Nobel win drew condemnation from some of the world’s most notable authors, including Salman Rushdie, who reiterated a comment he made two decades ago saying that Handke was a runner-up for the title of “international moron of the year.”

The nonprofit group PEN America also issued a statement slamming Handke’s victory, saying, “We are dumbfounded by the selection of a writer who has used his public voice to undercut historical truth and offer public succor to perpetrators of genocide.”