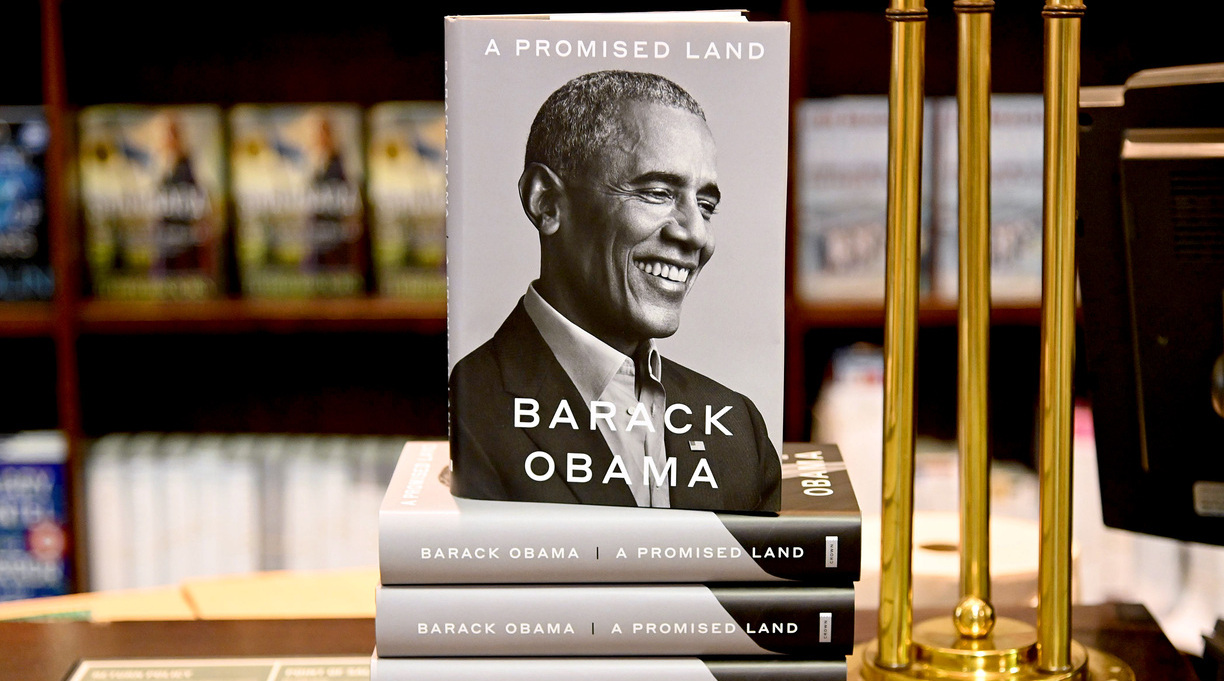 Barack Obama is officially the bestselling author of 2020.

At No. 3 was Dav Pilkey’s children’s book Dog Man: Grime and Punishment, the ninth volume in a series that also features books with punny titles such as A Tale of Two Kitties, Lord of the Fleas, and Fetch-22. Closely following that was Too Much and Never Enough, Mary L. Trump’s tell-all memoir about her uncle, the soon-to-be-former president.

Suzanne Collins’ Hunger Games prequel, The Ballad of Songbirds and Snakes, took the No. 5 spot, with Delia Owens’ Where the Crawdads Sing following at No. 6.

Rounding out the top 10 were Glennon Doyle’s Untamed, Jeff Kinney’s The Deep End, Robin DiAngelo’s White Fragility, and Charlie Mackesy’s The Boy, the Mole, the Fox and the Horse.

Books that touched on politics were heavily represented in the top 25, with John Bolton’s The Room Where It Happened at No. 15, Sean Hannity’s Live Free or Die at No. 21, and Bob Woodward’s Rage at No. 23.