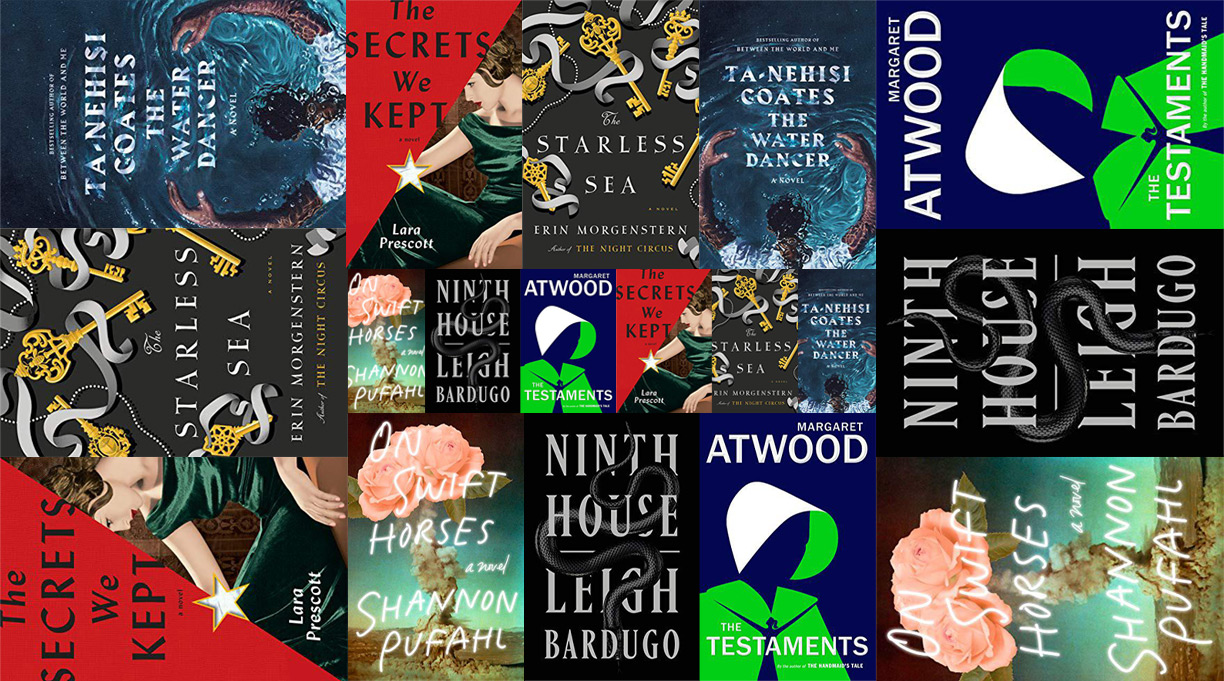 It’s a season of firsts in the fiction world: There are not only eagerly awaited first novels like The Secrets We Kept by Lara Prescott (Knopf, Sept. 17), based on the true story of the role Dr. Zhivago played in the Cold War, or Shannon Pufahl’s On Swift Horses (Riverhead, Nov. 5), about a woman in 1956 San Diego who loves to bet on horses—and wins.

We’ll also get to read Erin Morgenstern’s first novel since her spectacular debut, The Night Circus, when she publishes The Starless Sea (Doubleday, Nov. 5)—our review calls it “an ambitious and bewitching gem of a book with mystery and passion inscribed on every page”—and YA fantasy novelist Leigh Bardugo’s first book for adults, Ninth House, about a supernatural secret at Yale (Flatiron, Oct. 1).

Zadie Smith will publish her first story collection, Grand Union, proving herself a master of the short form (Penguin Press, Oct. 8). Talia Hibbert will present her first traditionally published romance, Get a Life, Chloe Brown (Avon/HarperCollins, Nov. 5), after going the indie route on her earlier books. Watch out for this one: Our reviewer calls it “a revelation. Hilarious, heartfelt, and hot,” and says “Hibbert is a major talent.” Ta-Nehisi Coates will be in the bookstores with his first novel, The Water Dancer (One World/Random House, Sept. 24), which our review says “merges magic, adventure, and antebellum intrigue.”

You’ll find reviews of these books and many more in the Fall Preview issue of Kirkus Reviews, but some notable titles weren’t available in time to include in the print magazine. One of them is The Girl Who Lived Twice, David Lagercrantz’s new Lisbeth Salander thriller (Knopf, Aug. 27). And the other, of course, is a book that’s already been longlisted for the Man Booker Prize (read by the judges under what they called a “ferocious” non-disclosure agreement), Margaret Atwood’s The Testaments, the sequel to the increasingly more prescient The Handmaid’s Tale. That will be out Tuesday, so mark your calendars.