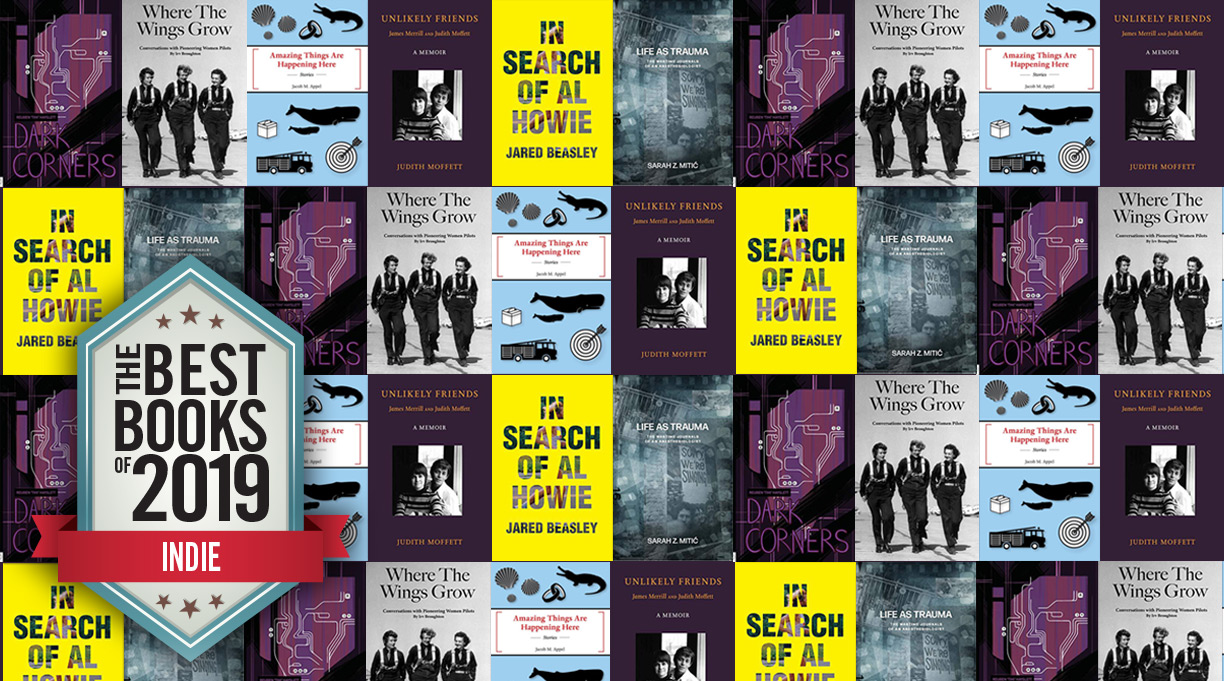 Choosing the year’s best books is always a good time in Indieland. We’re usually blessed with a couple of mordant short story collections that reflect on our mixed-up world­, like Jacob M. Appel’s Amazing Things Are Happening Here, which views the human condition with appropriate despair and levity, and Reuben Hayslett’s Dark Corners, whose black and brown and often queer cast faces “occasional eruptions of madness and the macabre.” Memoirs always have a strong showing; this year’s standout is Unlikely Friends, in which poet and SF writer Judith Moffett recounts her long friendship with Pulitzer Prize–winning poet James Merrill. But 2019’s most notable books are about the human outliers, those who’ve done the seemingly impossible.

Jared Beasley’s In Search of Al Howie tells the story of a Canadian extreme-distance runner. In this “quirky, captivating biography,” the jaw-dropping details quickly accumulate: To get to one multiday race, Howie ran hundreds of miles, completed the race, and ran hundreds of miles to the next; he hydrated with beer. Our reviewer says, “Like a tour guide, Beasley explores the cloistered world of extreme-distance running…where Howie became an icon but never a household name.”

Irv Broughton’s “big, satisfying book,” Where the Wings Grow, comprises29 interviews with women who were the pioneers of domestic aviation. Our reviewer says, “These women broke barriers by being barnstormers, aerial acrobats, bush pilots, flight instructors, and participants in cross-country aerial races.”

Doctor Sarah Z. Mitić left her comfortable life (and a vacation in Greece) to treat soldiers and civilians during the 1990s Balkan wars. Our reviewer says of Mitić’s memoir, Life as Trauma, “Readers interested in the strife and unrest of the Balkan region, its divergent politics and populations, and the plights of its refugees will find Mitić’s narrative illuminating.”