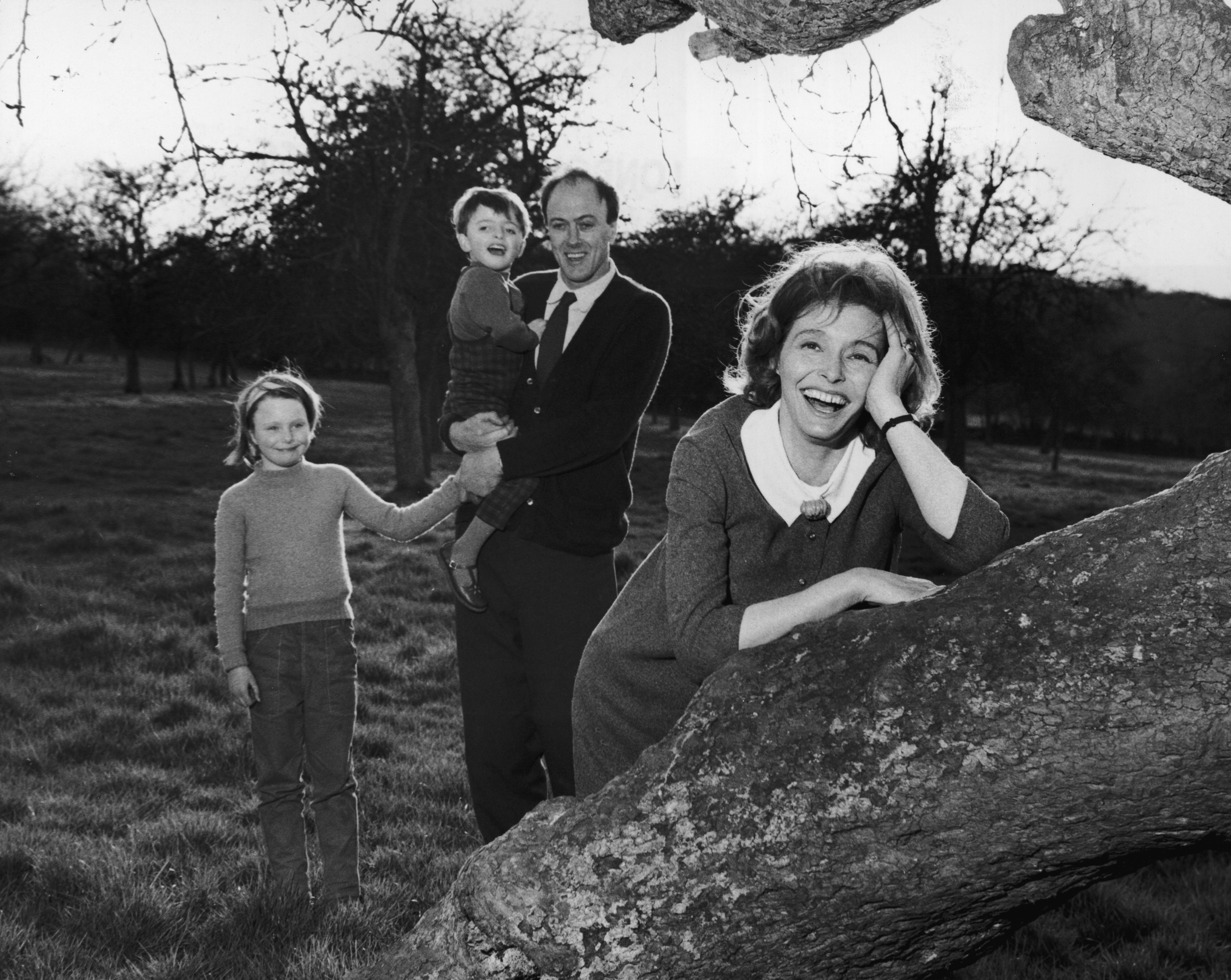 Neal and Dahl married in 1953, and had five children; they divorced in 1983. They endured multiple hardships: In 1960, their infant son Theo suffered brain damage when a New York City cab struck his baby carriage, and two years later, their 7-year-old daughter Olivia died after contracting measles. In 1965, Neal suffered a severe, debilitating stroke while pregnant; she survived and gave birth later that year, and underwent a long recovery. She died in 2010.

Dahl, who died in 1990, has been the subject of multiple biographies, including 1994’s Roald Dahl by Jeremy Treglown, which, according to Kirkus’ reviewer, was “truthful about his faults: his tyrannical nature, cupidity, dishonesty, and bad temper.” Dahl’s famous 1964 children’s book Charlie and the Chocolate Factory was adapted for film in 1971 and 2005; other of his works, including James and the Giant Peach, Fantastic Mr Fox, The BFG, The Witches, and Matilda saw big-screen treatments as well.

Hawes has appeared in several book adaptations, including a notable turn in a 2002 BBC miniseries of Sarah Waters’ 1999 debut novel, Tipping the Velvet. She also recently starred as Louisa Durrell, mother of authors Lawrence and Gerald Durrell, in the ITV TV series The Durrells (which aired as The Durrells in Corfu on PBS). She’ll soon appear in a film adaptation of Daphne du Maurier’s classic 1938 novel, Rebecca.