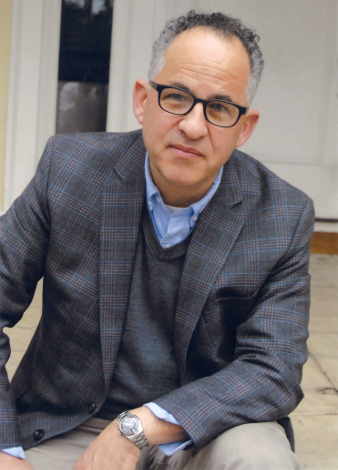 Soon after Patric Kuh became Los Angeles Magazine’s restaurant critic, in 2001, he detected a shift in the scene. Chefs began culturing their own butters; bar managers were now brewing their own bitters. The word that kept cropping up in explanation was “artisan.”

“In the beginning I said eh, you know, this is like ‘fusion,’ it’ll be the word of the moment then, in five years, nobody will have heard of it,” says Kuh, author of Flavors We Lost: From Bread to Bourbon, How Artisans Reclaimed American Food. “I wasn’t like, oh my goodness, this is the start of a movement! It wasn’t on menus, it wasn’t on every table—it was more associated with homesteaders.”

Fifteen years later, it’s easy to find “artisan” on menus, tables—even fast food giant Wendy’s offers an “artisan egg sandwich” (whatever that means). In Finding the Flavors We Lost, Kuh offers a thoughtful, necessary examination of the American artisan food movement, beginning with several small purveyors who went back to the land in the 70s and 80s. Without guilds to guide them, these enterprising individuals eschewed modern convenience in favor of time-consuming craft.

“Putting time back in to the equation was striking a blow against the very principles of efficiency that an industry demanded,” Kuh writes in a chapter on artisan baker Nancy Silverton of La Brea Bakery. “To search for flavor was to accept inefficiency as a business model and that, in the world of industrialized food, was a rejection indeed.”

This rejection resulted in delicacies with depth—a level of quality consumers hungered for, as evidenced by the blocks-long lines for naturally leavened bread at Tartine Bakery in San Francisco, the super success of craft breweries like Sierra Nevada, and craft distilleries like Maker’s Mark.

“Artisan is investing the time,” Kuh says. “Bacon, bourbon, wines, cheeses, even fermentation of bread—if you’re going from flour to mixing bowl to wrapper in one hour, [you can’t] call it ‘artisan.’ If you’re not allowing the time the ingredients need to become as good as possible, it’s not artisan.”

Kuh conducted countless interviews and crisscrossed the country in search of established artisans and relative upstarts, from Uplands Cheese of Dodgeville, Wisconsin to Hometown Bar-B-Q of Brooklyn, New York. Their products—respectively, world-class wheels of aged cow’s cheese and New York-style barbecue, cooked low and slow, all night long, in Red Hook—are capable of igniting foodie fervor. But when an artisan foods company gets too big—as Chad Robertson of Tartine Bakery found, when Blue Bottle made a bid to acquire the business—it may risk rejection by the consumers who fed its success.

“ ‘I’m so beyond having people react emotionally to what we’re doing,’ [Robertson] said, sounding like a man who couldn’t bear to hear one more anguished complaint,” writes Kuh, who had a hard time securing Robertson as a source for the book. Nevertheless, he sympathizes:

“Even as it rose and grew, the artisanal movement was caught—like some airship tied down by relentless foes—in a series of false contrasts,” he writes. “Growth meant ‘going corporate.’ If you were big, then you were no longer indie and, once mainstream, you couldn’t possibly be good. If I had to whack my way out of that thicket, I probably wouldn’t want to talk either.”

As Kuh ably argues in Finding the Flavors They Lost, just because artisans go big doesn’t mean they go bad; just because their products are labeled with letterpress font doesn’t mean they’re cute and quaint. In advising readers to use their eyes and ears as well as their taste, Finding the Flavors We Lost is partially a call to arms. It’s also an appreciation of the good hard work American artisans do to feed people well.

“Don’t be taken in by folksy packaging,” Kuh says, “because there’s a lot of letterpress font out there making things look old. And don’t oversimplify what an artisan is—a small producer is not the only measure of quality. If I make a strong argument in the book, it’s let’s allow artisans to grow and see where it goes. If the quality isn’t the same, we can reassess, but often the quality is as good and the backstory to that growth is jobs, careers, opportunities, farms.

“Intentionality is one of the more abstract, mysterious aspects of artisanal foods,” he says, “but it’s a value they can contain. The artisan’s idea of community building, heritage development, heritage maintenance, or even how they treat their employees—I do believe it’s in there. When we purchase those foods, we’re not just buying for flavor, we’re endorsing or supporting values that we agree with.”