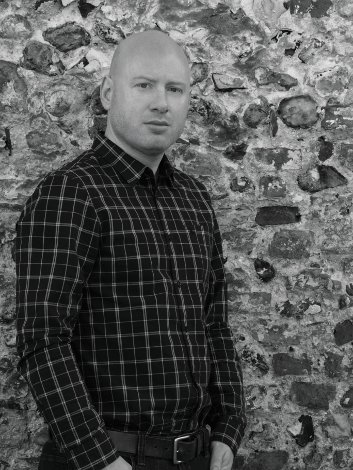 The Australian Outback is brutal and beautiful and unforgiving. It is that landscape that inspired Only Killers and Thieves, Paul Howarth’s arrestingly vivid debut, an unflinching Western set during one of the darkest periods of Australian history.

And in a roundabout sort of way, it’s that same landscape that launched Howarth’s literary career. As a student in Britain, he explains, he’d backpacked around the country with his now-wife, been fascinated by it. “I always thought, ‘Wouldn’t it be amazing to move over there and live at some point?’ ” When, years later, an opportunity came up in Melbourne, they leapt at it. Howarth had been working as a corporate lawyer, nursing vague literary ambitions, not writing. The move offered him a clean break. “I thought, ‘Okay, now’s the time, now or never, really.’ ”

So he wrote a novel (not this one; a corporate satire about a law firm), which he describes as a “classic kind of first attempt.” It wasn’t published. “But there was enough encouragement there to make me think, ‘Well, you know, I could maybe do something here.’ ” He wasn’t aiming to write an Australian novel—he was aiming to write a novel—but he was increasingly steeped in the country’s history and culture, entranced by the wild beauty of the landscape. The original plan was to be in Melbourne 12 months. They stayed for more than six years, until Howarth was offered a place in the MFA program at the University of East Anglia.

The book opens with the McBride family, down and out and desperate for water, living under the rule of sinister land baron John Sullivan and his right-hand man, Inspector Edmund Noone. Within pages, there is blood: Noone is a leader of the Native Mounted Police, a body charged with the massacre of the country’s Indigenous people—or as Sullivan chillingly explains it, “the dispersal of those who don’t belong.”

The McBrides are no friends of the Sullivans, but when the teenage McBride brothers, Billy and Tommy, return home one day to find their parents murdered—seemingly by a disgruntled Aboriginal employee—the newly orphaned pair join forces with Sullivan and Noone to exact vengeance, an experience that will haunt Tommy for life.

“Being fairly familiar with Australia, I assumed I knew their history reasonably well,” says Howarth. “But when I moved there and started reading, I realized that I didn’t.” It had been “a wild west, basically—an Australian wild west,” which appealed to him. Which is not to say he is romantic about it. “The more you read about it, the more you realize just how brutal the colonial period was, the massive and merciless displacement of Indigenous people. And living there, I was seeing first-hand how impact of that was still being felt today.” But the reason the novel is this novel, and not a different novel—Howarth had been playing with other Outback quests—goes back to one reference in one history book: The Queensland Native Police.

“It’s one of those things that is, I suspect, new to virtually everybody who reads about it,” he says. “You kind of skim over it almost. You think, okay, it was a police force.” And then you find out who was in it—white colonists leading Indigenous troops—and what it actually did. “I mean, just the very existence of this force was fascinating and formed a real spark, I suppose, for the narrative of the novel.”

“My question was: who were these white officers who were roaming around the Outback with this particular charge, and who were the Native troopers

that were conscripted to them?” Tommy may be the protagonist of the book, but Noone embodies the question. “How can a person be so frightening and so monstrous to a whole race of people,” asks Howarth, and still be seen by some people—still see himself—as “a force for good”

It’s a question without an answer, which of course, is the point. “It’s not for me to provide answers to these things,” he says, “but just to try and make them real, and to put the reader back into that time, and into that period, and hopefully, in an entertaining and convincing way, carry them along for the journey.”