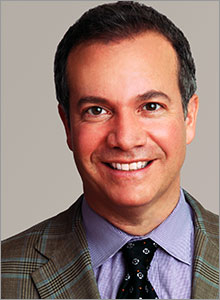 What are some upcoming trends for the beginning of 2016?

For nonfiction, platform is unbelievably important. With each passing day, publishers want bigger and bigger platforms. Because there are so many books, they have to stand out from one another and have built-in qualities that attract attention, and modest-size platforms just won’t cut it anymore. A platform is the number of copies the book can potentially sell without the publisher doing their own publicity or marketing. And when the publisher does publicity and marketing, a platform can really make their efforts pop.  It’s a readership of built-in fans the author brings to the table of the publisher when I’m submitting a book—whether it be through social media or television or magazines or even a previous work.

For fiction, it feels like everyone’s looking for stories from the points of view of characters that we haven’t heard from as much previously in Western literature: multicultural stories with surprising viewpoints, the impact women have had on aspects of history that were previously considered male-centric, stuff like that. It feels nice to be a part of this trend. For example, I recently sold an untitled narrative nonfiction book to Random House about the 1948 Cleveland Indians, the first baseball team with black players to win the World Series.

For nonfiction, at this moment in time, I’m particularly into narrative nonfiction that reads like a novel: a true story, meticulously researched, that is so unbelievable it sounds like it’s made-up but rendered with novelistic prose. For fiction, it’s always a page-turning, dramatic story written fantastically well. (The drama can be internal as well as external, by the way.)

Nothing. Anything can be good if it’s well-executed.

How are you working with self-published writers?

Last year I read a great self-published inspirational memoir by retired Navy SEAL Thom Shea called Unbreakable, and I ended up selling it to Little, Brown, and a slightly revised and edited version was published this past fall by them. It’s a wonderful book. Read it.

That everything is so subjective! Taste is subjective. I can send out a submission that I think is great, and a very smart, wonderful editor can think it stinks. Then I send another book to the same editor and she loves it. Other businesses feel like they’re based around more tangible things, but this business can be so metaphysical sometimes. On bad days, that quality drives you crazy, but on good days, there’s nothing better.

No, because I have to go sell a book!

Peter Steinberg is a literary agent at Foundry Literary + Media. He has represented numerous New York Times bestsellers (including two No. 1 bestsellers), and clients have been nominated for or awarded Edgars, the Pulitzer Prize, the Story Prize, the Paris Review Discovery Prize, the PEN/Faulkner Award, and the National Book Award. His list includes narrative nonfiction, commercial and literary fiction, memoir, health, history, lifestyle, humor, sports, and young adult. Several of his authors have had their books made into major motion pictures, including Towelhead and I Love You Phillip Morris.