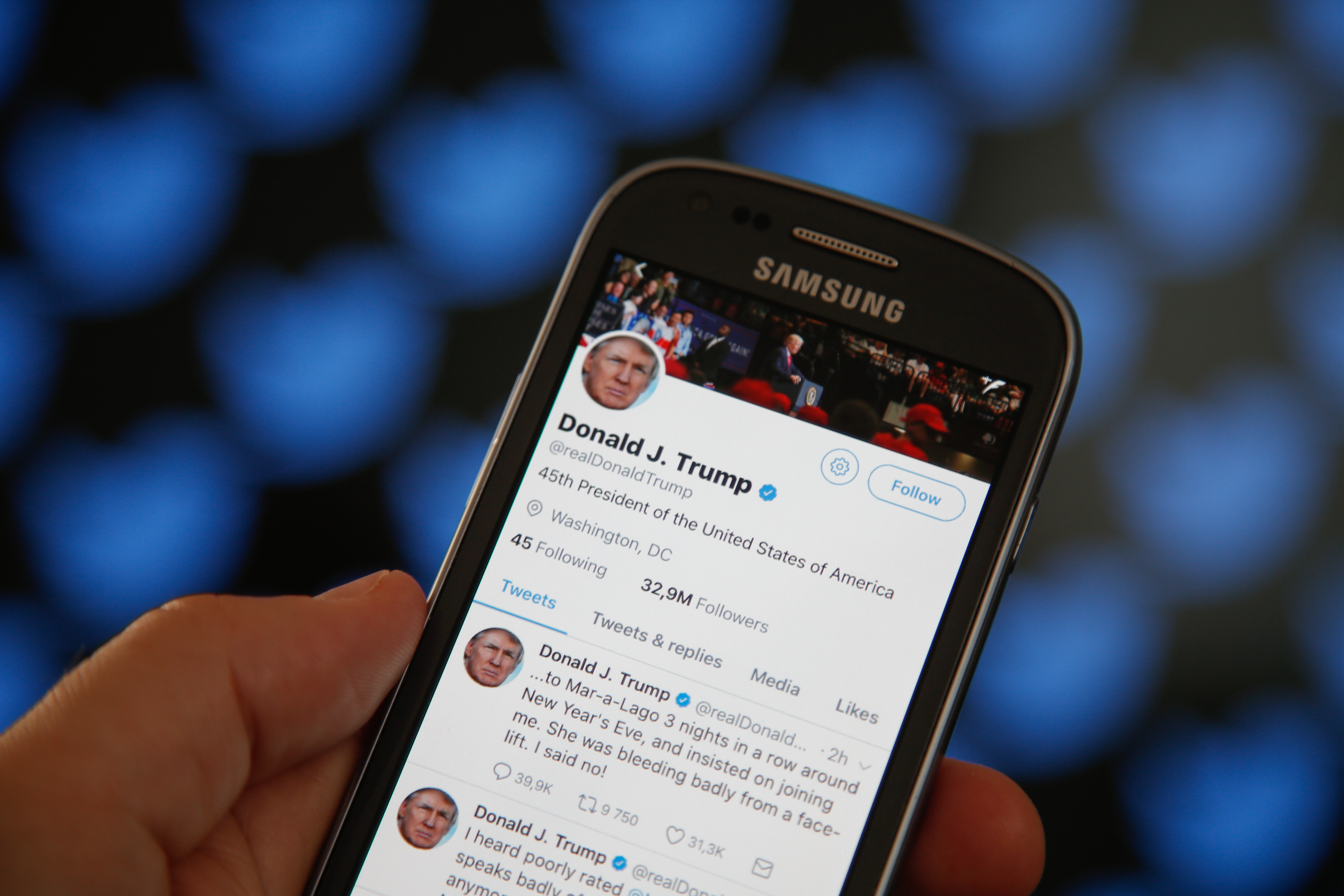 Have you ever read a tweet from President Trump and instantly thought, “This is poetry?”

Of course you haven’t. But somehow that’s not the case for two Portland, Oregon, advertising executives who have cast some of the president’s social media postings as verse, the Oregonian reports.

Gregory Woodman and Ian Pratt of Weller Creative are behind Collected Poems of Donald J. Trump, which they’ve released from their press, Golden Goose Publishing.

“Combining the measured contentiousness of Thoreau, the terse poignancy of Hemingway, and the incisive social commentary of Ta-Nehisi Coates and Toni Morrison, Donald J. Trump has emerged as one of the leading poets of his generation,” a webpage for the book reads. “Together with contemporaries such as Rupi Kaur and Haruki Murakami, Trump has helped bring about a revolution in twenty-first-century literary expression.”

The book boasts a cloth cover and a satin bookmark and is lovingly sprayed with Trump-branded perfume, which is a thing that actually exists. It’s divided into chapters with names like “Nocturnes,” “Amores” and “Idiom Study: Like a Dog.”

“What’s interesting about this project is that I’ve quickly learned that my intentions do not matter at all when it comes to this project,” Woodman said. “People buy it, people love it and people hate it.”

The pair of unlikely editors has already sold more than 600 copies of the book at $39 a pop.

“We found out recently that most national poetry books don’t sell more than 500 copies, which is shocking to us, because we did that pretty easily,” Woodman said—thus causing every poet in America to have an aneurysm.