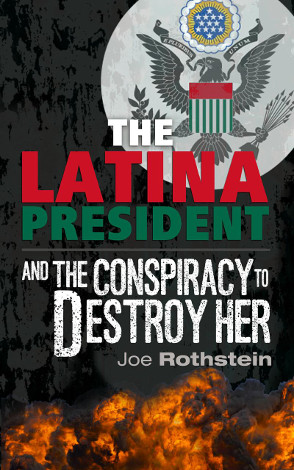 Readers can find fictional presidents or presidential candidates in three novels recently reviewed by Kirkus Indie. While many voters must still dream about a woman becoming the leader of the free world, two of the works present a female U.S. president. And the third pits a wealthy, vulgar businessman against a female contender in a tense White House race.

Joe Rothstein’s The Latina President follows Isabel Aragon “Tenny” Tennyson, a lawmaker with Mexican roots who lands in the Oval Office. She backs immigration reform and an overhaul of the entire capitalist system, angering a sinister faction that plots her demise. Tenny “remains an enthralling protagonist at the heart of a gripping tale,” our reviewer writes.

In Linda Owen’s Lady President, the title character, Stephanie Franklin, encounters multiple perils, including an assassination attempt, a brutal African dictator with nuclear plans, and her own debilitating illness. “Entertaining, romantic suspense with vivid characters and a fast-paced plot,” our critic writes.

Vincent V. Victor, a Donald Trump–esque magnate, faces a candidate he dubs “Flopping Sally” in Laurence Leamer’s The President’s Butler. Told from the point of view of Billy Baxter, the entrepreneur’s butler, the story recounts Victor’s history (including creating the TV  extravaganza The Great American Breast Contest), campaign platform, and tactics. Our reviewer calls the tale “impressively inventive” with “considerable wisdom to boot.”