The Problems with Picture-Book Travel 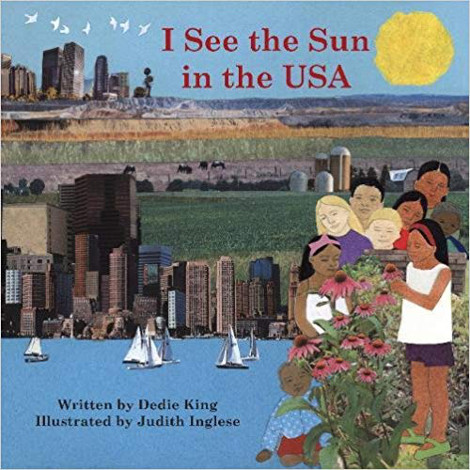 In the Sept. 15 issue, we review a picture book called I See the Sun in the USA, by Dedie King and illustrated by Judith Inglese, one of a series of books that usually take readers on far-flung geographical tours. This type of picture book has been a literary staple for decades, a go-to way to boost American children’s geographical literacy. Many a grandparent will recall M. Sasek’s stylish mid-20th-century books such as This Is London, and Mitsumasa Anno’s time-bending forays (Anno’s China is a superlative example) have also shaped generations’ understandings of cultural geography.

Around the country, the geography sections of libraries that serve children are filled with books that extend armchair travel to young readers. Count Your Way Through Russia, by Jim Haskins and illustrated by Vera Mednikov, part of the Count Your Way series of the mid-1980s, and Mongolia, by Jan Reynolds, part of the ominously named Vanishing Cultures series of the mid-1990s, and/or their siblings, are probably on more shelves than just my local library’s. Each one hits on easily recognizable symbols (the Kremlin, matryoshka dolls; horses, gers) but little else. They are utterly unremarkable.

In its domestic focus, I See the Sun in the USA stands out from others of their ilk—and not in a good way. With all the best intentions, the book tries to

compress American diversity into a trip to Mount Rushmore, but the task it sets itself in 40 pages is an impossible one. Its failings have caused me to wonder just what a resident of one of these other locales might make of the similarly reductive efforts we have come to rely on. Ouch.

The answer, of course, is not to give up on introducing U.S. kids to the rest of the world—but it is, I would argue, to double down on imports that offer authentic cultural insights and fresh ways of looking at the world. More on those in my next column. Vicky Smith is the children’s editor.