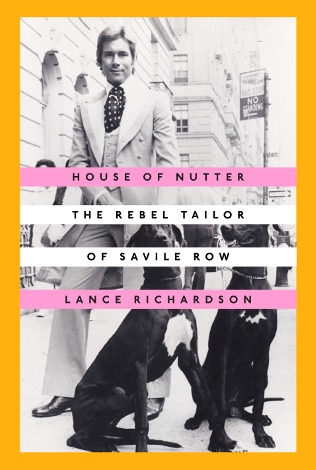 “We’re here! We’re queer!” And queers have been here and all over the globe for a very long time, so there’s a lot of rich history to be mined. Some recent and soon-to-published titles illuminate the details of that history, including arson at a New Orleans gay club, the etymology of “gay” and “lesbian,” an undersung 1960s designer, and the universal love for Angels in America.

The starred Tinderbox: The Untold Story of the Up Stairs Lounge Fire and the Rise of Gay Liberation (June 5) by Robert W. Fieseler recounts the little-known story of a 1973 fire in a New Orleans gay club. Angry about a bar fight, a gay man poured lighter fluid on the barroom steps. The blaze killed 32 people and galvanized a community. Fieseler outlines the conditions gay people commonly endured, which included an ongoing effort to keep their queer identities hidden, and the ways authorities, the media, and legislators bungled the fire and its aftermath. “Powerfully written and consistently engaging, the book will hopefully shed more light on the gay community’s incredible and tragic journey to equality,” says our reviewer. “A momentous work of sociological and civil rights history.”

Peter Ackroyd’s Queer City: Gay London from the Romans to the Present Day(May 8) designates London as the epicenter of European LGBTQ life. Londoner Ackroyd has written many books about his home city. In his latest, he covers “the varied practices of the wealthy and powerful through the ages: sleeping with young boys with no consequences and a blind eye from the general public; an intricate linguistic and hand-motion code that only the ‘queers’ could understand; the long and often overlooked tradition of cross-dressing to gain social advantages; and the ebb and flow of acceptance of same-sex marriages.” Fastidiously researched and a joy to read, the book includes anecdotes gleaned from the LGBTQ community.

Lance Richardson’s biography of Tommy Nutter (1943-1992) reveals the life of a gay designer who had a profound impact on ’60s British fashion. “His life vividly personalized forty years of critical gay history,” writes Richardson in House of Nutter: The Rebel Tailor of Savile Row(May 1). “From the underground queer clubs of Soho to the unbridled freedom of New York bathhouses to the terrifying nightmare of AIDS—Tommy was there, both witness and participant.” Nutter helped to revolutionize bespoke and ready-to-wear clothing, creating innovative, iconic looks for the Beatles, Yoko Ono, Elton John, David Hockney, Andy Warhol, and many others. Our reviewer appreciates Richardson’s ability to capture the core of the underappreciated artist: “The author looks at Nutter’s life with impressive objectivity, zeroing in on significant episodes and leaving the rest on the cutting-room floor.”

Angels in America, Tony Kushner’s Tony- and Pulitzer Prize–winning masterpiece, is currently being revived on Broadway. In Isaac Butler and Dan Kois’ The World Only Spins Forward: The Ascent of Angels in America (Feb. 13), the authors speak with 250 actors, directors, producers, critics, audience members, historians, and Kushner himself about what Meryl Streep calls “the Hamilton of its time.” Our reviewer describes the book as “a rich historical resource”; topics include the assassination of Harvey Milk, Ronald Reagan’s callous attitude toward those living with AIDS, and the end of the Defense of Marriage Act, which allowed for the national legalization of gay marriage. Kushner emerges as someone who didn’t, at least initially, understand that Angels in America cemented his position in the pantheon of great American playwrights. “A chorus of candid, emotional, and often moving testimonies,” says our reviewer.