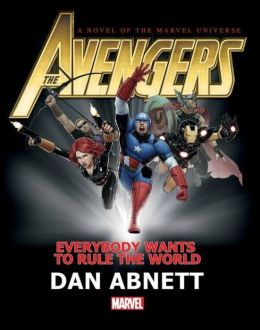 This summer, theatergoers will be inundated with a steady stream of crowd-pleasing films, or so Hollywood hopes. Regardless of whether you like what you see on screen, you might be discerning enough to spy the seeds of good story ideas in even the worst megahit. The problem is, how do you know where to go for further exploration of those cool ideas? For starters, use the following handy guide to direct you towards books that include the themes of some summer films.

Summer film season starts with a bang this week as Avengers: Age of Ultron hits theaters. Expected to be the biggest box office draw of the season, the sequel to 2012's The Avengers pits Marvel's well-known heroes (Iron Man, Thor, Captain America, Hulk, Black Widow and Hawkeye) against Ultron, and artificial intelligence that decides genocide is the best way to meet its directive of protecting the world.

If you're looking for more Avenger adventures (translation: if you are now the ultimate Avengers fanboy or fangirl), there are plenty of books from Marvel that will feed your need. They've been publishing the definitive collections of the comic book run for years. The latest is Marvel Masterworks: The Avengers Volume 15, but because of the new film, newcomers can easily find a reprint edition of Marvel Masterworks: The Avengers Volume 1 to get started. Avengers: Everybody Wants to Rule the World is a prose novel by Dan Abnett in which each of the Avengers fights against a worthy foe when a series of coordinated attacks are conducted around the globe. For the more artistically inclined, there's Marvel's Avengers: Age of Ultron: The Art of the Movie, a 336-page visual journey of the film, as seen on screens via image stills and behind-the scenes through concept art and set photographs.

For readers who see the value in the underlying subgenre of superheroes, and not just Avengers-related ones, consider checking out The Violent Century by Lavie Tidhar, a story that mixes superheroes and spies to reinvent the superhero genre. There's also Less Than Hero by S.G. Browne, a pharmaceutical social satire featuring amateur superheroes.

Do you like retro-futures...that is, futures that were envisioned decades ago? If so, then you will love the world depicted in Tomorrowland. In the film, Tomorrowland is a futuristic utopia imagined by turn-of-the-century luminaries like Jules Verne, Thomas Edison, and Nikolas Tesla. This fascinating world can only be entered by those who know how to get there. A teenager named Casey (Britt Robertson) catches a small glimpse of it through a magic pin, is captivated, and thus seeks the help of a reclusive inventor (played by George Clooney) to help her return.

While the big box office draw will be Clooney, for my money, the beautiful scenery of the retro city will be enough to pull me in. Moviegoers who want to see more of this type of worldbuilding have a few options. For starters, there's Before Tomorrowland, a distant prequel to the film, co-written by the film's creators, that sets the stage for the inception of this charming retro-future. Old Venus, edited by George R.R. Martin & Gardner Dozois, is a collection of stories written in the vein of the science-fiction pulp of yesteryear.  For meta-reading, there's a new book called Hollywood Presents Jules Verne: The Father of Science Fiction on Screen by Brian Taves that looks at the real-world impact of one of the fathers of science fiction.

In this third sequel to Steven Spielberg's 1993 Jurassic Park, the dream of the park's founder finally comes to pass. Jurassic World is a thriving amusement park filed with genetically grown, previously extinct dinosaurs. But it wouldn't be a Hollywood summer film if things didn't go horribly wrong, and they do here. This time around ex-military vet Owen Grady (Chris Pratt) and the park operations manager Claire Dearing (Bryce Dallas Howard) are on hand to (hopefully) save the day.

If you like the idea of the science behind the beast, check out Voyage of the Basilisk by Marie Brennan, in which dragons are the real-life "dinosaurs" of the world. In the book, and all the books in this series, a scientist embarks on an expedition to study the creatures and finds all kinds of adventure.

Over three decades ago, movie-going audiences fell in love with The Terminator, the story of a time-traveling robot who went back into the past to kill Sarah Connor, the mother of John Connor, the

human hero of that bleak future's post-robot-apocalypse. There have been a few other sequels in the intervening years, but the Terminator franchise finds new life this summer. Terminator Genisys introduces an alternate timeline for the story, where Kyle Reese (Jai Courtney) is sent back in time to protect John Connor (Jason Clarke) and his mother, Sarah (Emilia Clarke), from evil robots from the future. And yes, Arnold Schwarzenegger will be back as an aging terminator. (How else would you get him in the film?)

None of the Terminator films have ever laid claim to being highbrow—they're pure action vehicles. However, as is so soften the case, similar and more intellectually stimulating themes can often be found in books. The Mechanical by Ian Tregillis, for example, puts the robots in the role as good guys, enslaved by the human race for menial tasks. That is, until they decided otherwise. If you like the time travel theme, check out Time Patrol by Bob Mayer (an offshoot sequence of his Area 51 series), which follows the adventurous missions of the Time Patrol, a clandestine agency devoted to protecting the world’s timeline against the malevolent forces who wish to change it for their own gain.