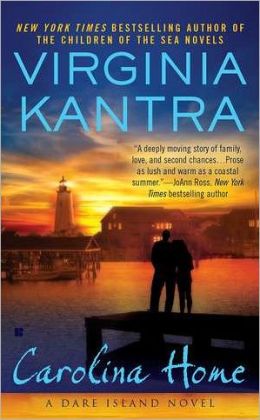 As romance fans, we know that romance writers can write. Somehow—since that writing is devoted to love and romance, two emotions that are considered of more interest to women than men—the genre is often criticized as frivolous.

But we know that there is some exquisite writing, insightful characterization and brilliant plotting in romance novels. We know that romances are valuable. In my opinion, quality in romance novels is more of the norm than most people think. Of course, there are bad apples. There are bad apples in all genres. It’s important that these books aren’t held up as representative of the genre—any genre.

There are so many great romance novels out there that it is hard to read all of them, but we all know that there are some names that most romance fans are at least aware of: Nora Roberts, Julia Quinn, Jayne Ann Krentz, Susan Elizabeth Phillips, Lisa Kleypas, Eloisa James, Debbie Macomber, Susan Mallery, Kristan Higgins, Robyn Carr, to name a few.

It’s hard to know where to start when we decide to go beyond our favorites. As a romance reader and advocate, I’m always trying to catch up on some of the great writers I’ve missed over the years. After the first Read-A-Romance Month (August 2013), I had a fantastic list of recommendations and reminders of authors to read.

I thought I’d share with you some of the terrific books I had the pleasure of reading for the first time this year, in case you’ve missed them too. I loved them all. (Some of them you’ve read about here before, but they’re worth the repeat.)

Joanna Bourne. I’ve heard of Bourne’s Spymaster series for a while, but finally read one this year. She lived up to her reputation as one of the best historical authors out there. If you haven’t read her, don’t wait any longer. (The series starts with The Spymaster’s Lady.)

Virginia Kantra. Simply put, the Dare Island series is wonderful. The books are poignant, sweet and sexy, usually with a touch of suspense, and overall just great contemporary romances. Kantra’s a lovely writer with an insightful touch on character and conflict, and her small-town setting is as refreshing as a summer beach vacation. (Dare Island starts with Carolina Home.) I’ll be moving on to the rest of her backlist soon.

Loretta Chase. I know, I know, I can hear you now. How can you call yourself a romance advocate if you’ve never read Loretta Chase?! The only defense I can offer is that I’ve had a very hard time getting her books in audio. I am so pleased that Lord of Scoundrels finally came out in that form, and I gobbled it up as soon as possible. As brilliant as everyone says. A must read if you haven’t already.

Meljean Brook. I know I’ve mentioned her before, but honestly, the Iron Seas is such a great series. My friend Rachel told me about when it first came out, but I heard Steampunk Romance and pretty much tuned out. (Shame on me. Rachel also told me about The Chicago Stars series about a year before I read them, too, and I’m sure you regular followers know how much I love that series....) The Iron Seas titles are swashbuckling steampunk perfection, and I can’t believe I didn’t read them sooner.

und the Maiden Lane series for years, but it was only after RARM 2013 that I finally picked one up. I don’t think I’ve glommed an author so fast since I discovered Lisa Kleypas a few years ago. Both the Maiden Lane and the Legend of the Four Soldiers series are worth staying up for late into the night.

Sugar Jamison. A number of writers I love have recommended Jamison, and I’ll second the endorsement. She writes funny, warm-hearted yet vulnerable women who are larger than the average heroine. Her Perfect Fit books are witty and fun, with a huge dollop of sexy and welcome self-acceptance.

Beth Kendrick. Something about Kendrick really surprises me. Her characters and storylines start out in ways that seem destined to go in certain directions, but then don’t. Her writing is breezy and elegant at the same time, while her plots are much more textured and multi-faceted than we expect from the first 50 pages. Truly a delightful writer and storyteller. Her latest book, New Uses For Old Boyfriends, is out in February.

Jojo Moyes. If you’re a rigid romance fan, and need a perfect HEA, you might want to skip Moyes’ breakout novel, Me Before You, though it was really an amazing and thought-provoking book. However, last year’s The Girl You Left Behind and this year’s One Plus One were both excellent and more unambiguously ro

Sarah Waters. Considered by some as the best lesbian romance writer in the world, and by others as simply one of the best writers in the world, Waters’ The Paying Guests hit nearly every “Best Of 2014” list there is, including lists by Kirkus and NPR. The book was an intricately plotted, mesmerizing thriller, and a brilliant look at character, class and the social shifts of the interwar years in Britain—oh, and being a lesbian back then, too.

How about you? Did you discover any beloved writers this year? (By the way, since last week was Thanksgiving, you may have missed my post on beloved romance series. In case you want to read that one, you can find it here.

Bobbi Dumas is a freelance writer, book reviewer, romance advocate, and founder of ReadARomanceMonth.com. She mostly writes about books and romance for NPR, The Huffington Post and Kirkus.