Remembering the Best Romances of 2014 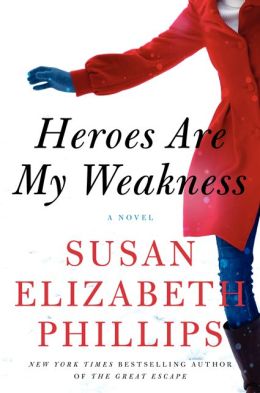 There are way too many books to ever get to read all the ones you want to. A couple of months ago, I wrote about many of the books I missed this year that I would have liked to read. And while I am fortunate to have a hand in a couple of significant “Best of” Lists, I decided to write a complete list of my favorite books from the year and see what that tallied up to. Turns out it’s 21, which seems to be a perfectly good number to share.

As I’ve mentioned before, one of the many great things about most romance fans I know is that they tend to be very eclectic readers, and if you identify with that and want to delve into two excellent books that aren’t romance novels, be sure to see my two favorite non-romance reads at the bottom of the list.

I’m not going to comment on every title below, but a few notes:

Usually I try to come up with my own favorites (at least my Top 10) before I read anyone else’s lists, and then compare them. Susan Elizabeth Phillips always has great books, but her new gothic direction and first stand-alone title in years (i.e., not connected to any of the series), Heroes Are My Weakness, landed her on almost every Best Of Romance list in 2014. (Congratulations, SEP!)

I really feel that Eloisa James made a big jump in her storytelling last year with Three Weeks With Lady X, and her next release will feature Thorn’s best friend, Vander. So excited to read this title (Four Nights With the Duke, March 2015).

I’ve heard Kristan Higgins won’t have a book out until June, and it will be her first foray into women’s fiction. So I’m happy to say that both her 2014 titles were wonderful, and worth re-reading while we wait for her next one.

Thanks to my NPR editor’s recommendation, I discovered Rainbow Rowell in 2014 and read everything I could get my hands (okay, ears) on, and loved them all. (Fangirl; Eleanor & Park; and Lan

I also read Stephanie Perkins for the first time in 2014 and highly recommend Anna and the French Kiss and Lola and the Boy Next Door. The Christmas anthology she edited, which includes the biggest names in YA, is on my faves list below. (Have not yet read her 2014 release, Isla and the Happy Ever After, but have it in my Listen pile.)

I’ve been reading romantic fiction for over 30 years now, and I am so pleased that some of the best writers in the business are still writing great books (to name a few, Susan Elizabeth Phillips, Jayne Ann Krentz in all her identities, Mary Jo Putney, Eloisa James, Connie Brockway, Christina Dodd and Linda Francis Lee all had great books this year), and yet we always have newcomers who are joining their ranks. I’m pretty sure that neither Kristan Higgins nor Sherry Thomas had published a book 10 years ago, and Joanna Bourne published her first in 2010, so less than five. These women are practically canon now and routinely hit Best Of lists. Another one of my favorite books this year was a debut, A Bollywood Affair by Sonali Dev(which got great buzz across the industry). In other words, romance is an incredibly dynamic and ever-changing market, with a great mix of tried-and-true favorites and new voices every day.

I’ve already read a few 2015 titles, and we have some great things to look forward to. However, these were my faves from 2014. I loved them all, and if you missed any, check them out.

Kristan Higgins ~ In Your Dreams (Waiting On You was also great...)

Suzanne Brockmann ~ Do or Die

Jojo Moyes ~ One Plus One

Sarah MacLean ~ Never Judge a Lady By Her Cover

Stephanie Perkins, et al. ~ My True Love Gave To Me

Amazing and beautiful, but not romances:

Jacqueline Winspear ~ The Care and Management of Lies