On Reviewing as Insider and Outsider 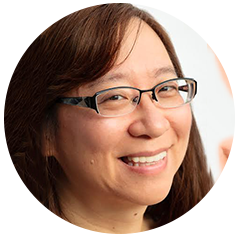 For years, it irritated me when well-intentioned white folks voiced their displeasure with the characters’ yellow tint in Kurt Wiese’s illustrations for The Five Chinese Brothers, by Claire Huchet Bishop. How could they not know that, as a Taiwanese, I am quite proud to identify as of the “yellow race”? Later, I was surprised to learn that Asian-American friends found the book offensive. Only recently did I understand why I lack this cultural indignation. Growing up as a member of the majority in (more or less) homogeneous Taiwan, I have the ethnic confidence that comes from my blissful ignorance of the historical and systemic oppression that many Asian-Americans, being members of a racial minority, must endure. Unlike me, a person growing up marginalized would have to painstakingly build, layer by thin layer, the body armor of ethnic confidence. This armor is fragile and can be easily penetrated, causing emotional turmoil and pain.

Likewise, some of my Asian-American friends were puzzled by my not-so-favorable thoughts regarding Grace Lin’s reshaping of Chinese folk tales in her Where the Mountain Meets the Moon: to me, she mangled those sacred stories and committed the sin of gender-bending the Dragon! It took my realization of the differences in the emotional needs of an Asian-American person vs. an Asian person to finally see how important it is for Lin and her readers, especially those of Chinese heritage, to wield the power of “appropriating” the traditional narratives to affirm their places in this foreign land.

Cultural representations are incredibly complicated matters. Any critic addressing cultural and racial components must be extremely careful and diligent. In his speech at the 2014 National Book Festival, Gene Luen Yang encouraged children’s book creators, especially those who are cultural outsiders, to possess a healthy sense of fear of getting something wrong because it “can be a good thing if [the fear] drives us to do our homework, to be meticulous in our cultural research.”

Such productive fearfulness should apply to me as a critic as well. When I evaluate a book as a cultural outsider, doing homework means that I have to consider multiple viewpoints and voices and conduct research as thoroughly as possible before drawing conclusions. I am also mindful not to become prideful of my own knowledge of another culture, so as not to run the risk of discrediting insider voices, especially ones that seem to contradict my own previous understandings. As a cultural insider, I am in no way exempted from this meticulous research process. In fact, sometimes this means even more diligence in questioning and examining my own long-held beliefs in order to avoid evaluating a work of literature based on emotionally charged knee-jerk reactions. As we demand continuous growth and conscientious work from book creators, we must also raise the cultural competencies of book critics and expect truly thoughtful and well-vetted reviews.