In The Ring With Paulina 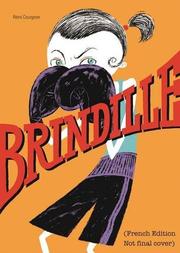 We adults have the habit---good or bad, depending on the child---of making many aspects of the lives of children diminutive. That includes their names; we tend to shorten their names or assign children new nicknames altogether. This can be frustrating for some children, if it’s a nickname they never asked for. Such is the case with young Paulina in the spirited French picture book import coming to shelves next month, Rémi Courgeon’s Feather, originally published in 2012 and translated into English for this edition by Claudia Zoe Bedrick.

Paulina, whose biggest passion is piano-playing, lives with only men – her father, who is a Russian taxi driver, and three brothers, Oleg, Ivan, and Vlad, siblings described as “rough and clumsy.” One loves soccer; one is always eating; and the other, more introverted one prefers to spend time with computers. Her mother isn’t in the picture, and why that’s the case is left a mystery to readers. Paulina, the author notes, is “such a pretty name,” but everyone calls her Feather, as she is the youngest and the smallest. What’s a girl to do?

In Feather’s case, she takes up boxing. After all, when she and her brothers devise challenges to determine who will do the chores, she usually loses. How can she beat Oleg at arm wrestling when she’s the smallest person in the family? To make matters worse, when she loses the errand-assigning battles, the chores take time away from her beloved piano.

It’s on the day her father notices she has a black eye, “a real shiner” (it’s also a mystery in the book as to who precisely gave it to her), that she declares that she’s quitting piano and taking up boxing. Standing there in her dress wearing red oven mitts, ones that will resemble the boxing gloves she’s yet to put on, she’s clearly had enough.

It is with calm and determination that she begins her lessons. Courgeon’s distinctive illustrations are at their most dramatic when we see her training in the gym with her coach. Her coach doesn’t exactly treat her with kid gloves, so to speak, and she doesn’t expect to cut any corners, even if she is the only child in the gym. Besides, she discovers she’s a southpaw, and “in boxing, being a southpaw gives you a rare advantage.”

Unfortunately, her fingers become red and swollen, but she has a point to prove and isn’t ready to throw in the towel. Before her big match, she pumps herself up by reciting the names of women who “had bravely made a place for themselves in the world” and calms herself by tickling the ivories. Paulina is a musician who gets carried away in her mind while she plays, as in this spread the room in which she plays transforms itself into a calm lake by the woods. In arguably the book’s best illustration (in a book filled with many creative illustrations and design elements), we see boxing gloves in the shape of a heart – precisely at the moment when Paulina has discovered that her siblings have left her encouraging pre-match notes. To boot, her father’s slid a picture of her mother into her gloves.

The match itself is a delicious mystery, one full-bleed spread of bright red, as if we’ve just witnessed a big punch or perhaps been knocked out ourselves. There’s but one sentence, which I won’t ruin for you, but I will say that Paulina is victorious in the ring. Southpaws for the win.

But she’s also victorious at home. No longer does her family see her as diminutive. “Feather” is gone. There’s a more equitable distribution of chores as well. Readers even get a final-page glimpse of Paulina as an adult – at the piano, as she should be. Whether or not she ever boxes again---and what she thinks of closed fists and fingers---I’ll leave for you to find out.

Courgeon’s vivid writing, the seamless translation, and the appealing illustrations all add up to an entertaining story of a girl with undeniable moxie.

And a girl who is a champion – in more ways than one.