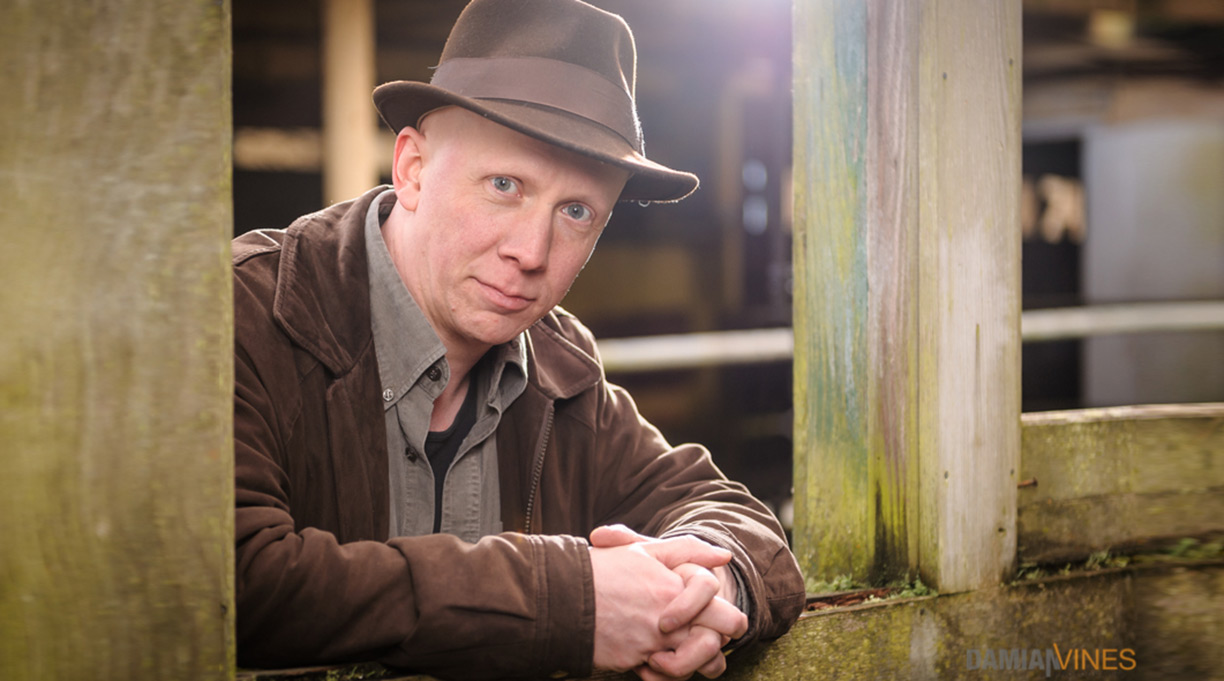 Ever since reading Canticle for Leibowitz as a middle schooler, Robert L. Slater has been drawn to apocalyptic fiction. Slater has spent 20 years as a teacher, inspiring young adults to take an interest in literature and in turn being inspired by his students. Coming from a family of writers, the author combined his love for apocalyptic fiction with the challenges facing today’s at-risk youth. The result was All Is Silence, the first book in the Deserted Lands series, which follows Lizzie—a suicidal teen who survives a disease that has ravaged the States. Deserted Lands has become a hit for Slater, especially among locals in his hometown of Bellingham, Washington, where his local bookstore, Village Books, helped him independently publish, getting his work out to the local community and beyond.

Why do you call yourself a third-generation writer?

My grandfathers were storytellers, my mom’s dad actually wrote them down and composed poetry in his Scottish dialect. My mother wrote a few novels and has published three nonfiction books. But the most influential family member in terms of writing was always my older brother, James. He wrote in high school, took journalism in college, and then went into the Navy as a media specialist. I wanted to follow in his footsteps but ended up being the first to publish a novel.

When did you start writing yourself?

I started writing in grade school—stories, poetry, and song lyrics. In college, I started writing plays and got a few of them produced. Started my first novel in 1991 when I should have been focusing on my term paper, spent the next dozen years or so collecting 555-plus rejection notices for about 14 sales.

How has your work as a teacher influenced your writing?

I started teaching at alternative high schools by accident in 1999 and wanted to write plays with more good parts for young women and fiction for teens who didn’t like to read. After a few years, I realized that so many girls had the same basic story that it became Lizzie’s backstory. The stories are pretty archetypal for the kids I worked with.

What led you to publish All Is Silence?

I’d created the idea of the Deserted Lands, and I realized that setting a young, at-risk teen female in the lead would make a fantastic story. I thought about it for a little more than a year, then wrote almost 60,000 words for NaNoWriMo (National Novel Writing Month) in November 2012. I had spent the previous 20 years trying to break into publishing, and dystopian/apocalyptic young adult fiction was huge. My story had a couple twists on tropes that no one had done, and I didn’t want to wait for a publisher.

How did Village Books help make All Is Silence a reality?

As a resident of Bellingham since arriving at Western Washington University in 1991, I have developed a lot of connections in education, libraries, arts organizations, and bookstores. Village Books facilitated the interactions as I learned book design the hard way. They allowed me to host a book release party and reading in their reading room. It was one of the best attended presentations up to that time. I have been willing and able whenever there is an opportunity to partner with Village Books: authors talk about favorite authors, Indie Day as a “bookseller,” and Writer’s Resolutions New Year’s presentations.

What do you think makes younger readers respond strongly to Lizzie?

I think most readers either see themselves or someone they love in Lizzie. Her behaviors are impulsive but always based out of love. She’s definitely an underdog, and her quirks are charming as long as you don’t have to live with her! It also resonates with older folks who recognize their own past!