Sandra Boynton Slaps Us Around:

Don't assume it's a he or even a she. 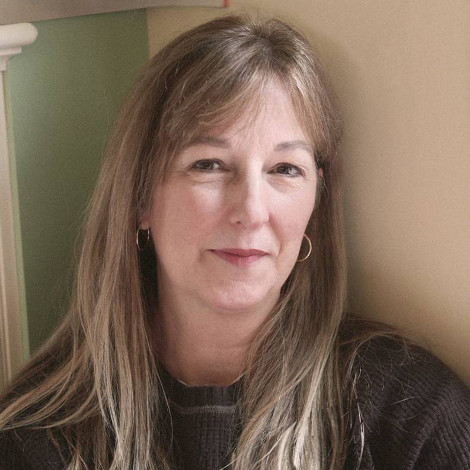 There’s a special sting that comes with a slap from Sandra Boynton. Yes, the author/illustrator of the uber-cuddly Moo, Baa, La La La! and Tickle Time can deliver a spanking, as I discovered when the publisher of Spooky Pookie, Boynton’s latest board book starring her character Pookie the piglet, contacted me, asking that we remove the word “his” from our review: “The author has specifically asked that Pookie’s gender not be mentioned.” Ouch.

One of the many details that bedevils me as an editor is the gendered pronoun. I’ve learned that using the plural “readers” bypasses the inevitable awkward decision that comes with a sentence like, “The reader will be on the edge of his/her/his or her/their seat as the clock ticks down.” But that takes care of only half of my problem, as I can’t just pluralize indeterminately gendered characters for my editorial convenience.

Boynton’s piglet toddler displays none of the stereotypical markers of the feminine. There is no bow affixed to Pookie’s head, nor does

Pookie have exaggerated eyelashes, both of which James Burks uses, presumably to distinguish a female piglet from its sibling in Pigs and a Blanket. Pookie is bald and wears orange overalls, unlike the long-haired, pink-parka’ed child playing with two short-haired, dark-parka’ed children in Bill Thomson’s The Typewriter. Lacking the guidance of any direct uses of gendered pronouns in the texts of these two books, we have caved in to stereotype and common practice and chosen to interpret these characters as female—as we interpreted Pookie as male.

I’m not super happy about this, though. As Morris Micklewhite and the Tangerine Dress teaches us, as George teaches us, as Becoming Nicole teaches us, attire or outward appearance may or may not match a person’s gender—either external or internal. Heck, I dressed my own toddler daughter in overalls that looked an awful lot like Pookie’s. Guess I really deserved that slap. Ouch.