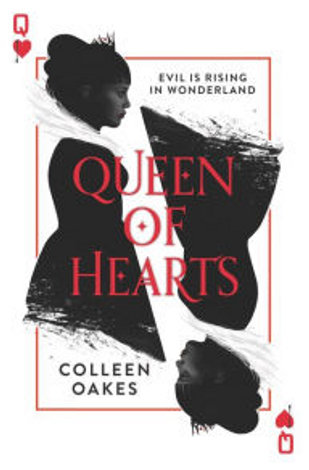 What's even more surprising to me as a science fiction fan is that you can get that same kind of variety within the genre itself. There are books that will excite you, make you think, make you laugh, cry...and they all fall under the science fiction umbrella.

Here's a recent sampling of that variety in what I affectionately call a science fiction mixtape.

All Good Children by Dayna Ingram

In Ingram's chilling post-alien invasion novel, the children of Earth are routinely drafted by their birdlike alien overlords to attend special "summer camps." The purpose of the camps is to decide the children's fate: either they become food for the aliens or they are used for reproduction purposes to maintain that food supply. A young girl named Jordan stands up to aliens, but can one person make a difference?

The Keiko is a spaceship that serves as a home to smugglers, soldiers of fortune, and your garden variety adventurer while it travels between Earth's colony planets looking for work for its crew. Captain Ichabod Drift knew the risk when he chose this way of life, nevertheless he takes on a job from a ruthless terrorist named Kelsier to smuggle special cargo onto Earth. After Drift and his crew realize almost too late that they have been set up with this so-called "dark run," Drift has only once choice to stay alive: find and kill Kelsier.

Double Down by Gwenda Bond

Gwenda Bond's terrific prose depiction of the early days of a comic book mainstay continues with Double Down.  Lois Lane, who will one day be the love of Superman's life, has just moved to Metropolis where her inquisitive nature leads her to a reporter position on the high school newspaper. Just in time, too, because a group calling themselves the Warheads are using high-tech immersive videogame technology to mess with the minds of their classmates. Lois loves a mystery and she has the mysterious SmallvilleGuy lending her a super hand.

Dreams of Distant Shores by Patricia A. McKillip

In this short fiction collection, readers get to see the true power of the written word. Patricia A. McKillip, author of the fantasy classic The Riddle-Master of Hed, delivers a handful of immersive stories depicting worlds that ignite the imagination. Stories contained in this collection include a statue of a mermaid that suddenly comes to life, a young artist who becomes possessed by his paintings, friends who become overly-fascinated by a haunted estate, and many more.

Speaking of short fiction…in this tasty short fiction anthology, the editors have combined two appealing genres into something greater than the sum of its parts. Gaslight and Grimm is a book containing thirteen stories that each combine the magic of fairy tales with the aesthetic of steampunk. Yes, in these steampunk fairy tales, you'll find stories about princesses and wicked queens, but they're seen through a set of spectacles that are fogged over with steam.

Is Jay Posey's new military science fiction bold? How's this for starters: the main character, Captain Lincoln Suh, dies on page one. That is, Lincoln is unceremoniously and secretly pulled out of special operations and thrown into the 519th Applied Intelligence Group, a covert new unit also known as the Outriders. Lincoln's first mission is as dire as it gets. In order to prevent a war, Lincoln must stop the person who is orchestrating it, a dangerous and cunning woman who was herself presumed dead.

Queen of Hearts by Colleen Oakes

Fans of Lewis Carrol's Alice's Adventures in Wonderland will want to check out this alternate perspective which begins the origin story of one of literature's most infamous villains. Young Dinah, the Princess of Hearts, is next in line to her father's throne. More than that, though, she wants his approval…despite being ridiculed by him and thus being insecure about her own self-worth. Things take a turn for the worse when the king's illegitimate (and prettier) daughter comes to live in the castle and becomes the center of daddy's attention. Thus Dinah begins her long descent down the road to political maneuvering and scheming.

How would genetically modified humans disrupt the very fabric of society? That's the idea explored at the heart of Saulter's (R)evolution series.  In Regeneration, the gillungs—a genetically modified race of water-breathing, humans—are thriving thanks to their advanced technology to harness the power of the rising sea. But contentions run high between them, humans, and the Gems (another genetically modified group of humans). When a biohazard scare at one of the gillung facilities attracts worldwide attention, their enemies—both real and self-imagined—seize the opportunity to hinder their progress. Which raises the question: was the incident an accident or sabotage?