See the World: Go to Bologna: 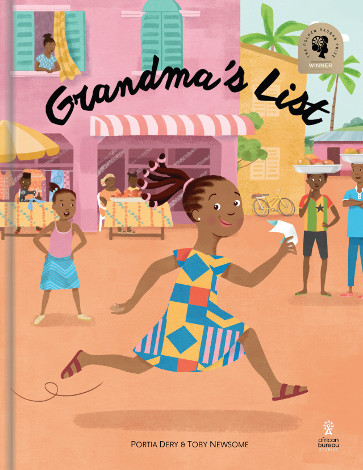 “Will I see you in Bologna?” I hear this question a fair amount. While I have often told professional colleagues that I would be seeing them in New Orleans, Seattle, Boston, Austin, Chicago, or any number of other regular conference cities, I have never said, “See you in Bologna”—till this year. Bologna might seem arbitrary to somebody outside of the children’s-book industry, but to those within it, Bologna might as well be Mecca. As the site of one of the largest children’s-book tradeshows in the world, this charming Italian university city attracts publishing professionals from all over every spring. They—now we—descend upon it for four days of immersion in the best of what the world has to offer.

And it is amazing. Having seen (and edited reviews of) just a hair under 3,800 new books published in the United States and Canada in 2017, I thought I’d seen a lot. But boy, was I ever wrong, I realized, as I wandered hall after hall filled with books I had never seen before but would dearly love to spend more time with now. Though the vast majority I saw were not in English, the ubiquity of truly gorgeous picture books meant that language was no barrier to my enjoyment. Here is just a sampling (titles have been translated into English where necessary):

From mainland China, Where Does Rice Come from?, written and illustrated by Yu Hongcheng, published by China Children’s Press & Publication Group: Although the average Western reader might not put a book about growing rice on the top of their must-read stack, the level of artistry and care taken by Yu makes this a stunning cultural experience. Precise, meticulous, light-filled watercolors depict the cultivation of rice in one small village. Even readers who never imagined they would ever care about the backstory of this essential foodstuff will find themselves drawn in by Yu’s deeply respectful treatment.

Also from mainland China, The Faraway Sound of Horse-Bells/The Faraway Sound of Cowbells, written and illustrated by Lee Ru-Qing, published by Phoenix Juvenile and Children’s Publishing: In concurrent storylines that begin from the respective ends of the book, a caravan of yaks carries salt east (left to right) as a caravan of ponies carries tea west (right to left), meeting in the middle for trade. In each caravan is a child who’s leading the family pack animal for the first time. Dramatic, dynamic watercolors capture the beauty and danger of the landscapes they traverse and the bonds between children and animals—and the unsuspected connection that brings the two kids together.

From Ghana, Grandma’s List, written by Portia Dery and illustrated by Toby Newsome, published by African Bureau Stories (and the only English-language book in this list): Little Fatima is playing at being a superhero when her grandmother laments that she needs help with her errands for the day. Assuring Grandma that she can do it, off Fatima goes—but her memory fails her and she mixes up the tasks, with the result that supper that night is not what anybody expected. Newsome depicts a modern, loving, middle-class Ghanaian family to populate Dery’s humorous text.

From Iran, An Umbrella with White Butterflies, written by Farhad Hasanzadeh (a Hans Christian Andersen Award finalist this year) and illustrated by Ghazaleh Bigdelou, published by TUTI Books: A combination of sequential panels and double-page spreads tells the intertwined stories of several characters as they rush to get ready for Nowruz. A controlled palette of gray is highlighted with pops of yellow and red in illustrations that make a busy cityscape seem nevertheless intimate.

From South Korea, Another World, written and illustrated by Kang Hye-sook, published by Sang Publishing: This book opens top-to-bottom instead of left-to-right, like a calendar, a format befitting its story, which takes readers from the ocean surface to its eerie depths. The vivid and intricate illustrations set, appropriately, on dark and black backgrounds convey the awesome strangeness of the creatures of the deep.

Also from South Korea, Dancing for Eating, written and illustrated by Jung In-ha, published by Goraebaetsok: Done in what looks to be ink and watercolors against clean white backgrounds, stylized, graceful figures celebrate the artistry inherent in daily activities. The balletic lines never conceal the effort it takes to do laundry, sweep, cook, deliver food but rather exalt it.

the world as experienced by a child who cannot see. White silhouettes on a black background denote how the child experiences the world,  counting stairs as they descend, sorting out noises from all directions, following scents. A color-filled, almost chaotic double-gatefold spread toward the end depicts the park the child visits—a whimsical dose of sensory overload after the stark images that preceded it.

From Ukraine, The War That Changed Rondo, written and illustrated by Romana Romanyshyn and Andriy Lesiv, published by Old Lion Publishing: Surreal, mixed-media illustrations tell the story of three characters: a smiling lightbulb with arms and legs, a pink balloon dog, and an origami bird. Their lives are turned upside down when war descends on their city, and they help their fellow citizens fight back by generating light that pierces the shadow of war. It’s a wildly metaphorical story that packs a powerful visual and emotional punch.

Not a one (to the best of my knowledge) is scheduled for publication in the United States. I hope they make their way to our shores soon. Each one offers children a slightly new and different way of looking at their world.