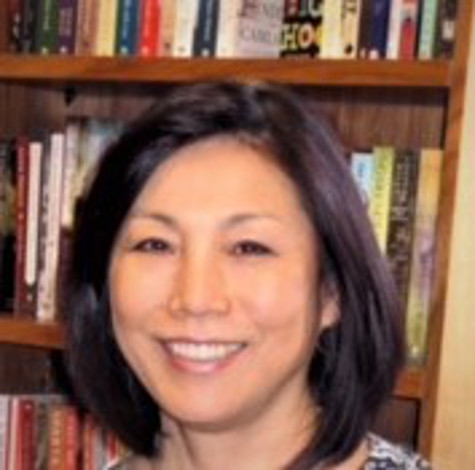 Warwick’s bookstore originally opened in Mankato, Minnesota, in 1896, relocated to Waterloo, Iowa, in 1916, and settled permanently in La Jolla, California, in 1939. It claims the title of the country’s oldest continuously family-owned and -operated bookstore and has hosted presidents, rock stars, and Pulitzer Prize winners in its legendary reading series. Here we talk with book buyer Adrian Newell about Ozzy Osbourne, grumpy authors, and her industry wish list.

How would you describe Warwick’s to the uninitiated?

Our store has 7,000 square feet of selling space, half of which is dedicated to an eclectic selection of gifts, jewelry, stationery, and office and art supplies. The other half of the store is dedicated to books. Many of the staff have worked at the store for over 10 years, and we have regulars who drop by with their dogs several times a week. We have strong ties to our community and have established dynamic partnerships with local nonprofit organizations.

We’ve been privileged to host many events over the years, both large and small, so it’s difficult to choose a favorite, but if we had to choose…10 years later our customers are still talking about our block party event with Ozzy Osbourne. His fans turned up in droves from all over Southern California and enjoyed an Ozzy-appropriate playlist while waiting patiently in line to meet him, get a signed book, and enjoy a photo op. We had a blast! Definitely one of our more memorable events.

And while no one event stands out as a memorable disaster, we’ve hosted a few over the years that were challenging, to say the least! Two that come to mind—the high-profile author who arrived half an hour early and left after 20 minutes because there was no one left in line, so those who arrived at the designated event start time missed out completely, and more recently the canine “customer” with serious digestive issues who pooped in the store right before the start of an event…and the owner didn’t stick around to clean it up.

Our young readers are seeking out historical fiction and straightforward mysteries and suspense. Graphic novels are still trending up, and topics are more sophisticated and reflective of current issues.

We’ve also seen an uptick in the sales of books directed toward the reluctant reader, particularly young boys.

Picking our favorite books to handsell is like choosing a favorite child, but a few current favorites are: Eleanor Oliphant Is Completely Fine by Gail Honeyman; There There by Tommy Orange; Convenience Store Woman by Sayaka Murata; Tin Man by Sarah Winman; The Feather Thief by Kirk Wallace Johnson; Spying on Whales by Nick Pyenson; The Dangerous Art of Blending In by Angelo Surmelis; and The Strange Fascinations of Noah Hypnotik by David Arnold.

How did you become a bookseller?

My bookselling career began purely by accident in 1978 at a Waldenbooks. I needed a job, and they needed a bookseller. After four years at Waldenbooks, most of them as store manager, I left to take a position at Aztec Shops at San Diego State University and worked as assistant to the trade book buyer for almost 5 years. I came to Warwick’s in 1988 as a part-time bookseller and in 2001 became head book buyer/operations manager. Warwick’s has been my home away from home for almost 30 years, and I am fortunate to have been a part of the store’s rich history.

Karen Schechner is the vice president of Kirkus Indie. The photo above is of Warwick's in the 1950's.