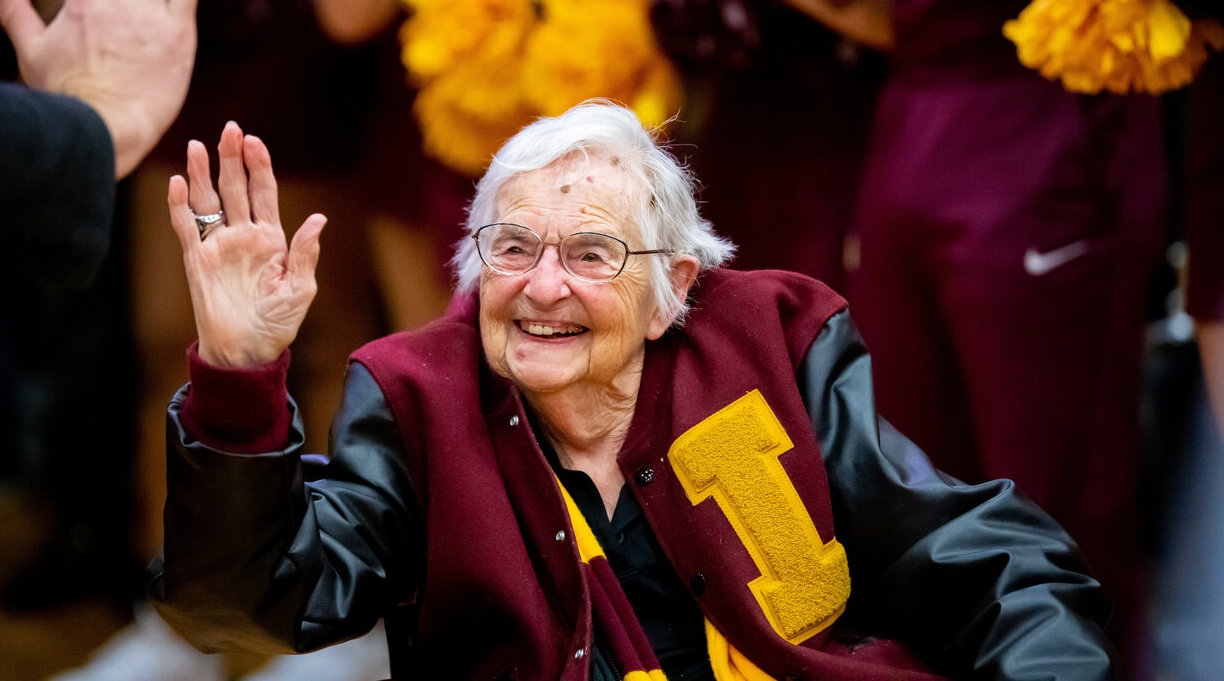 Sister Jean, the 103-year-old Catholic nun who became a hardwood icon as the chaplain of the Loyola University Chicago men’s basketball team, will tell the story of her life in a new book, People magazine reports.

Harper Select will publish Sister Jean’s Wake Up With Purpose!: What I’ve Learned in My First Hundred Years in 2023. The press describes the book as a “remarkable memoir filled with history, wonder, and common-sense wisdom for this century and beyond.”

Sister Jean Dolores Schmidt of the Sisters of Charity of the Blessed Virgin Mary was a teacher before becoming the chaplain for the Loyola University Chicago men’s team in 1994. She caught the attention of hoops fans nationwide in 2018 when her beloved Ramblers, an underdog team, advanced to the Final Four in the NCAA tournament.

Harper Select says her book will recount her experiences as a Catholic school teacher and as Loyola’s chaplain. “As you learn about Sister Jean’s century-long life, you’ll feel just like the Loyola students do when they knock on her office door, plop down in a chair, and ask if she would have time to chat, an activity that she still does daily,” the publisher says.

“The title of the book is Wake Up With Purpose! and that’s what I do every morning” Sister Jean told People. “Even though I’m 103 right now, I’m enjoying life.”