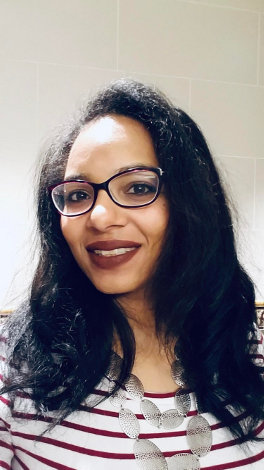 Sisters in Crime, the organization founded in 1986 by Sarah Paretsky and a group of women writers with the mission to support and promote the work of women crime writers, recently announced the winner of its 2019 Eleanor Taylor Bland Crime Writer of Color Award to Jessica Martinez (pictured) for her novel in progress. It also announced its 2019 Academic Research Grants for scholars studying gender and diversity in crime fiction. The topics of the winners’ projects highlight new directions in crime writing. They include Watson Was A Woman—And Black by Ann McClellan—a study of Claire O’Dell’s Janet Watson Chronicles, in which O’Dell rewrites Sherlock Holmes and Watson as African-American and lesbian; The Murder Mystery and the Modern Woman by Kat Albrecht and Kaitlyn Filip, a study of the readership of cozy mysteries and how writers of the genre cultivate a readership beyond their stories by including extra information like recipes etc. Lesbian Hardboiled Detective Fiction Studies by Margot Douhaihy looks at developments in queer sleuth novels, while Detecting Globalization by Nicole Kenley explores the connection between globalization, detective fiction and global crime.

Mystery correspondent Radha Vatsal is the author of A Front Page Affair and Murder Between the Lines.