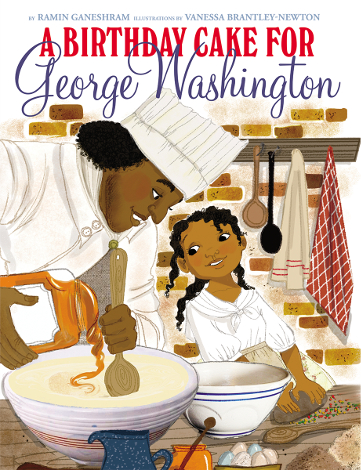 On Jan. 17, Scholastic withdrew the publication of 'A Birthday Cake for George Washington.'

Just a few weeks ago, I drew the conclusion that “intelligent people can disagree” as I looked at A Birthday Cake for George Washington, created by an author, illustrator, and editor of color, next to A Fine Dessert, created by a white author and illustrator. On the face of it, the two books could hardly seem to agree more, both concerned with the making of a dessert and both featuring an enslaved parent-and-child pair. The latter book had drawn intense criticism for its “candy coated depiction of a multi generational crime against humanity,” as our reviewer writes, and many observers felt that it was symptomatic of the inherent racism in our white-dominated industry. How then to explain A Birthday Cake for George Washington? One can only reason that its creative team of color did not find it objectionable—at least at first.

In fact, its editor, Coretta Scott King Award–winner Andrea Davis Pinkney, in a blog post entitled “A proud slice of history,” pointed out that it “presents tremendous opportunities for ‘teachable moments’ with children, and for opening an important dialogue” about slavery. But just 12 days after the publication of A Birthday Cake for George Washington, Scholastic has withdrawn it, saying that “without more historical background on the evils of slavery than this book for younger children can provide, the book may give a false impression of the reality of the lives of slaves.”

I hold onto that truth just as firmly as I hold on to the first one. As a librarian and a journalist, I am wary of orthodoxy of thought. Orthodoxy of thought has given us the Inquisition, Nazism, Stalinism, and slavery itself, among other crimes against humanity. Disagreement—and free access to the voices of those who disagree—is not just a First Amendment luxury, it is a necessity. And as the pent-up voices of long-marginalized Americans have raised themselves in disagreement in these last few months, they have wrought change—in the way I look at books, if nowhere else.

I don’t know what I would have seen in Ramin Ganeshram and Vanessa Brantley Newton’s smiling father-and-daughter culinary team a year ago. Probably I would have seen what they likely intended, the reclamation of pride despite adversity from a history that seeks to conceal that pride. But after listening to the conversation surrounding A Fine Dessert, there is no way I can see their smiles as anything other than masks covering a truth that is far uglier than they indicate. As a very good, smart friend told me in private, such an image introduced to very young people is “the vision that will remain and cause folks, as adults, to write in the comment sections of articles that slavery wasn't so bad, no matter what they read as they get older.”

Does this mean that smiling slaves should be forever banned from the pages of children’s books? To say “yes” is to establish a new orthodoxy of thought. Each book needs to be evaluated separately for its success, but these evaluations occur in a context. And that context is one that should include the understanding that slavery was so bad, and no one, however young, should be encouraged to think otherwise.

Can we all agree on that?