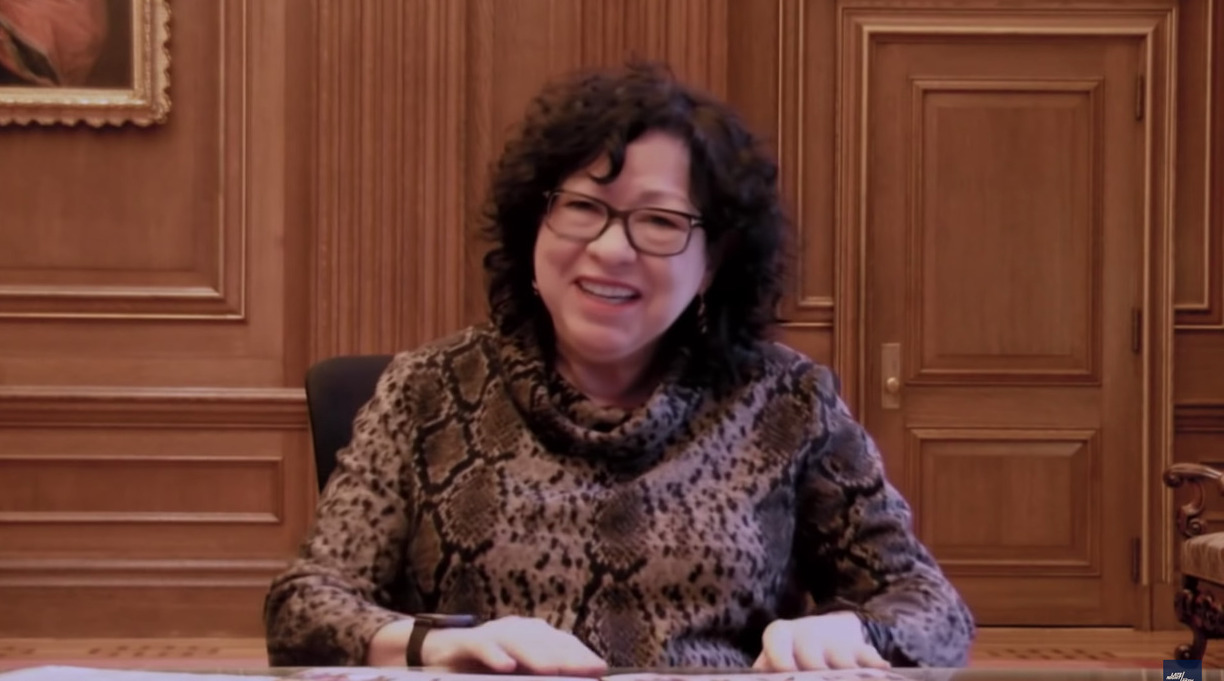 The judge’s third book for children, about the importance of being helpful to others, was published this week by Philomel. A critic for Kirkus called it “a picture book that at least helps fill the time.”

Sotomayor told Meyers that she considered writing for children to be some of her most significant work.

“Yeah, the opinion writing helps a little bit in my work,” she said. “But I do think that writing for kids and writing about topics that I think can inspire them to believe in themselves, that’s the most important thing I can do outside the courtroom.”

“Did you appreciate as a kid how important it was to be helpful to those around you?” Meyers asked the justice.

“No,” Sotomayor responded, to laughs from the audience. “Because you learn by example, and I saw my mother doing it.…And so as I grew up, I figured out, you know something? [She] set an example for me, now I have to follow it. You could take small steps, then bigger steps, and this book, Just Help!, is about some of those bigger steps kids can take. Just because you’re a kid doesn’t mean you’re not powerful.”

Meyers asked Sotomayor whether her young readers are aware that she sits on the Supreme Court, or if “they just think you’re a very successful children’s author who also has a side gig.”

“I don’t know what the kids initially think, but I do know that their parents kind of tell them along the way,” Sotomayor said. “I did have a very young child whose mother told me her favorite book was about me, and her mother read it to her every single night. And she asked me whether she could bring her child to meet me, and I said, absolutely, yes. And the little girl walked into my office and looked at me, looked all around, and couldn’t find the figure of me that she had seen in the book. She didn’t realize I had grown up. So she was a little disappointed.”