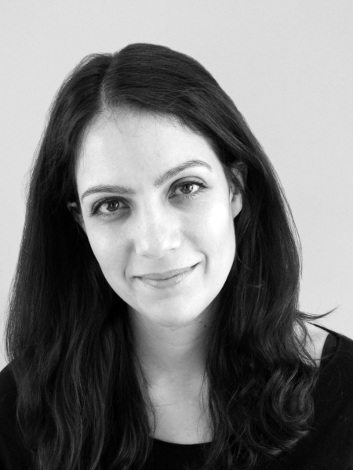 Sophie McManus has perfect pitch for the icy tones of the idle rich.

In an early scene in The Unfortunates, aging heiress Cecilia “CeCe” Somner addresses catering staff aboard a hired yacht:

Bartenders, we will not serve anything with a straw. Mr. Antonopoulos. I am glad to see we no longer have the scuffed-shoe problem of our last engagement. I know there is a tendency to let off steam when you think you are amongst yourselves. I am not a fool. This is absolutely forbidden. It is always possible we are being heard or seen without our knowledge. This is good life-advice, dears, not just for today.

McManus, who lives and writes in Brooklyn, was born and raised on Manhattan’s Upper West Side. She attended the all-girls Nightingale-Bramford School, graduated from Vassar, and earned an MFA at Sarah Lawrence College.

“I am not rich, but I went to a fancy prep school where I felt like I was witnessing the harmfulness of elitism in everyday, small ways,” says McManus, whose education in the ways of the 1 percent continued with six years of waiting tables in New York City restaurants. As one of their ilk, “[CeCe] assumes that she has more value, that she knows more, and that she does a service to this group of people by addressing them,” McManus says.

As heiress to a rubber fortune, CeCe excels at micromanaging money and the lives of others—especially her spoiled son, George, and his surprising wife, Iris, whom he met on a golf retreat (she was the coat-check girl). CeCe installs the couple in a house adjacent to hers in Stockport, Connecticut, where George easily commutes to his job at an arts nonprofit in the city. She re-imagines Iris as a real estate agent and finds her a job through a friend.

But when CeCe is diagnosed with Multiple system atrophy (MSA) and retires to a tony assisted living to participate in a potentially life-restoring pharmaceutical trial, her curation crumbles.

Left to his own devices (and delusions), George cajoles hundreds of thousands of dollars of funds to produce a racist, misogynist, and dissonant opera entitled The Burning Papers. He’s been writing the libretto on company time and emailing it, in sections, to his assistant, Audrey.

He spell-checks and e-mails his addition to Audrey. Something he likes to do. What do you think of this bit? he writes, and after a spell opens the door to his office.

Silence. She is undoubtedly impressed and thinking of what to say.

“Wow. Only you could have written this.”

She always encourages him this way. So reassuring, her straight talk. No flattery from Audrey.

“A flash of inspiration.”

That George could construe Audrey’s response as anything approaching flattery is laughable. That he keeps the opera’s content and cost from his wife and mother is beyond lamentable: it has the power to ruin them all.

To say that George is hard to like may be a bit of an understatement. But “unlikable” characters aren’t necessarily a problem in McManus’s book.

“Almost all of my favorite books star fairly unlikable protagonists,” says McManus, citing Ignatius J. Reilly of A Confederacy of Dunces, for example. “One of the great things about reading is that it expands our horizons, and it makes us feel more generous of spirit, when we’re connecting with people we otherwise wouldn’t....Anyone who finds the humor in these characters as well as their tragedy would be an ideal reader.”

Whether the characters can evolve beyond pernicious privilege—or CeCe can recover and restore order—won’t be known till The Unfortunates’ end. Along the way, there’s some wicked delight in their downfall.

“I feel like we tend to set aside wealth in the aspirational mode and/or live by cautionary tales about greed spiraling a person out of control,” McManus says. “In the really delicious books about money, like The Great Gatsby, we love looking at that party, we love all the lights and the food and the women draped over the furniture—but our enjoyment is contained by the fact that there’s a fall.”