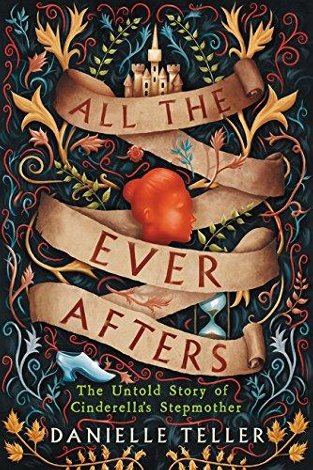 Science fiction and fantasy isn't just rocket ships and dragons. Like any other kind of literature, it offers a variety of stories across a wide spectrum of flavors. Need proof? Just spin the wheel of Science Fiction & Fantasy and find your next page-turning read...

You could read Kieran Shea's Koko Uncaged because of its appealing kick-ass heroine, or its setting five hundred years from now, or its fast-paced narrative, or because of its satirical take on the cyberpunk genre...but you should read it because it's fun. Koko Uncaged charts the exploits of ex-corporate mercenary Koko Martstellar (following the novels Koko Takes a Holiday and Koko the Mighty). She has survived more than her fair share of hardships and now she's trying to get her life back under control. To that end, she takes a job as a bodyguard, hired to protect a global industrialist. But even the so-called easy jobs come with surprise complications, as Koko finds out when she confronts the maneuvers of a South American despot.

Life is hard enough without being branded an outcast. Unfortunately, that's what happened to magician Edrin Walker, the hero of Cameron Johnston's dark epic fantasy debut, The Traitor God. Walker was exiled from his home city Setharis in exchange for the safety of his friend Lynas and Lynas' family. After ten years living as a vagabond, Walker learns that Lynas was murdered when he uncovered a terrible secret that threatened to ruin the entire city. Now, despite being the target of hatred by the sorcerers who rule the city, Walker returns home to avenge his friend's death. Nobody is safe from the wrath of an angry magician like Walker.

The mermaid of interest in Christina Henry's The Mermaid is named Amelia. Amelia is a very curious individual who longs to know all there is to know about the world. She could never be content living in the sea when there is more to experience. So, she came to live upon the land and meet the land dwellers. One of them is P.T. Barnum, a man who specializes in the strange and wonderful...and what's more wonderful than a real, live mermaid? Amelia agrees to be part of Barnum's show, thinking she has the freedom to come and go as she pleases. But P.T. Barnum has other plans for his star attraction.

You may think you know the story of Cinderella, but there's a new book that may shed some new light on it. In the Cinderella re-imagining All the Ever Afters, Danielle Teller delivers the untold story of Agnes, Cinderella's supposedly "evil" stepmother. Agnes was born a peasant fated to live in servitude to others. At ten years old, working as an apprentice to a laundress, Agnes uses her ingenuity to escape her domineering matron. A teenaged Agnes is then seduced by an older man, becomes pregnant, and is transformed by the love for her child. Left penniless, she has no choice but to return to servitude at the manor she thought she had left behind. That's where she meets the otherworldly infant named Ella and becomes her nursemaid. Like any relationship, the one between Agnes and Ella is more complicated that in would otherwise appear in the classic fairy tale.

Author A. J. Hartley's socially relevant Steeplejack series (comprised of Steeplejack, Firebrand and now Guardian) introduces readers to seventeen-year-old Anglet Sutong, a steeplejack-turned-detective in Bar-Selehm, a sprawling city known for its great towers, spires, and smokestacks. But the city has its drawbacks, too; most notably the disparity between the ruling class and those they oppress. The three-pronged plot to Guardian includes Ang's employer, Willinghouse, being unjustly accused of assassinating the prime minister; a fanatical politician who seizes power and unleashes a new wave of violent repression over the city; and a mysterious but fatal illness that's infecting the poor.

A virus turns people into something more than human in Raymond A. Villareal's debut novel A People's History of the Vampire Uprising. It starts when the body of a young woman found in an Arizona border town disappears from the morgue. As if that wasn't enough to confound the CDC virologist/investigator called in to consult with the local police, it happens again and again; even more bodies exposed to the virus that solidifies human blood are brought to the morgue only to vanish. It isn't long before people identify the illness as a form of vampirism, which, sure, will give the victim fangs and a strong aversion to sunlight, but also gives them a life expectancy of three centuries. Eventually society is divided between the infected "gloaming" and the increasingly dwindling humans, so much so that people willingly become infected to change sides. Propped up by plot elements of religious conspiracy and a Gloaming candidate for governor, A People's History of the Vampire Uprising offers a surreal social commentary that's as refreshing as it is entertaining.

The setting of TOBI Hirotaka's The Thousand Year Beach (translated by Matt Treyvaud) is the idyllic virtual reality town known as The Realm of Summer, a serene simulation of a perfect summer in a Southern European seaside town. Humans have not visited the Realm in a millennium, leaving the artificial intelligences that inhabit the realm all by themselves. That is, until there is an invasion by an enemy they dub "spiders." The army of spiders begin reducing the Realm to nothing leaving the AIs with one choice: fight the invaders or die.