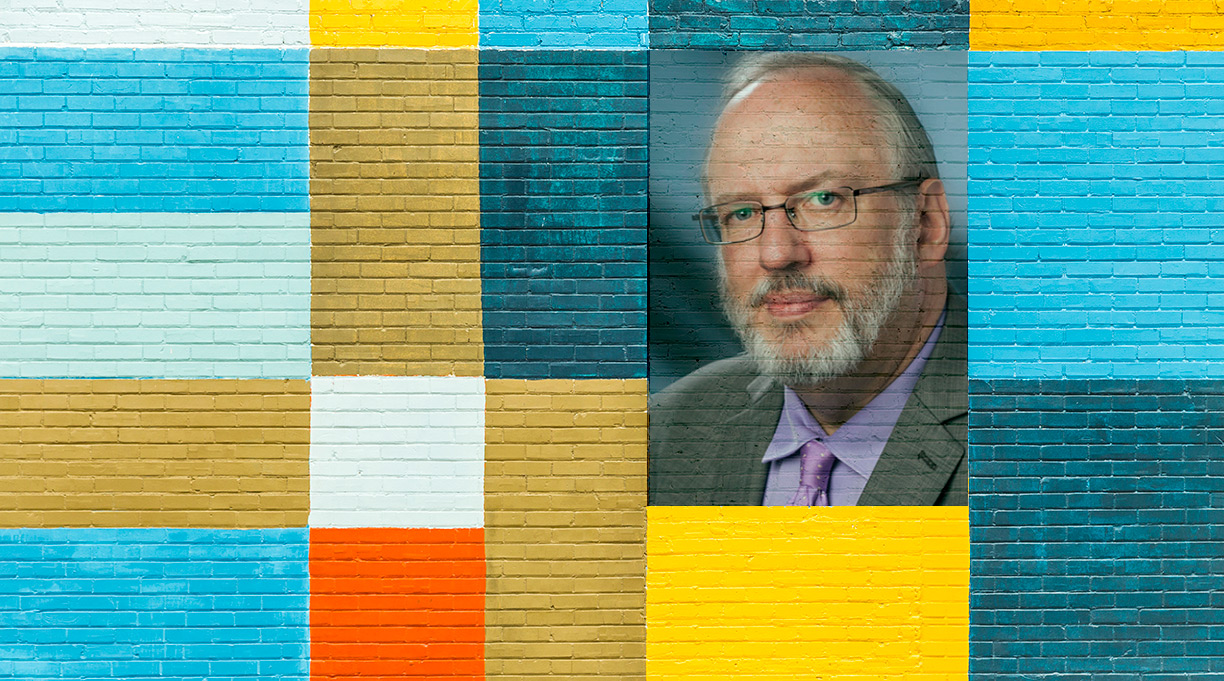 About a year into his first job as a high school history teacher, Charles Pace realized teaching wasn’t quite his speed.

He shared his uncertainty with an aunt, who said, “‘Well, Charles, you like books—maybe you should be a librarian,’” he recalls, letting out a laugh, of the conversation that set him on the path to librarianship. But decades into a career that has taken him from the public library systems of major metropolises, like Brooklyn and Houston, to Fargo, North Dakota, and the suburbs of St. Louis and Atlanta, Pace can confidently say that “having a love of books doesn’t have much to do with being a librarian.”

Of course, that’s not to say a passion for literature isn’t important. “I just don’t think it’s a sufficient precondition,” he explains. “You also need to have a love and concern for people. It’s that ability to connect with other people that makes you successful. A librarian is someone who’s a good listener, who listens to their community, listens to their customers, and then develops the programs, the services, and the collections that are needed.”

In a county as diverse as Gwinnett, in north central Georgia, listening to the needs of the community is not as simple as it sounds. “There are almost 100 different languages spoken in the schools here,” says Pace, executive director of Gwinnett County Public Library, which serves a majority minority population of more than 1 million. Traditionally a highly conservative area, Gwinnett has seen rapid demographic and political changes in recent years, with the trend expected to continue.

Serving such a large and evolving community requires an ability to adapt, which is why Pace has championed embracing new technology and innovation. Under his stewardship, Gwinnett’s 15 libraries rebranded, got rid of their front desks, expanded hours, implemented a self-check system, and launched a new website — all in the same week. While this leaves the system better able to react to the changing needs of the population, an understanding of those needs requires community input.

This is where the listening comes in.

“For us partnerships are not just important,” Pace explains, “they’re absolutely mission-critical in terms of the things that we want to accomplish. Trying to serve a community as diverse as Gwinnett is challenging, because we have limited resources, and so we do our best to recruit individuals who are reflective of the community.” People who speak the many languages prevalent in the county are invited to help build out collections in those languages or that touch upon issues relevant to their cultures. “And it’s not just racial or ethnic populations,” he clarifies. “We have a rapidly aging population, so we want to offer services for seniors, for the disabled, for the LGBTQ community—all those are elements of our overall service delivery strategy, and we can’t do it alone. We have to do it in tandem, working as a community of partners.”

Of course, forging community partnerships and building out such an array of collections requires a huge amount of work and demands an incredible amount of time. For that reason, among many others, Gwinnett Country Public Library considers Baker & Taylor, a Charlotte-based distributor of books, digital content, and technology solutions, to be an invaluable ally.

“We’re still in the early stages of our work together,” Pace says, “but we’re going to be outsourcing some of our collection development for certain sub-collections to Baker & Taylor. That will help us get the materials more quickly and efficiently, while relieving our staff of some of the burden of selecting routine things and letting us focus on items specific to our area: relating to Georgia, to our county, and to local items that might be harder to get or that might require a little more work, like foreign language collections.”

And then there’s the daunting task of managing such a sprawling system of libraries and collections. With collectionHQ from Baker & Taylor, Gwinnett will be able to gather and analyze detailed information on demand and consumption, allowing the library to learn more about how the community is engaging with its collections. Pace plans to use this new knowledge to determine demand for additional resources, such as Baker & Taylor’s digital pop-up libraries, offering a taste of what the public library has to offer to those who many not have had the chance (or inclination) to visit a branch. “All of these are tools that Baker & Taylor have provided that will just help free us up to do our jobs better and to better meet the needs of our community.”

Just like Gwinnett county, Georgia is changing, as is the United States. But libraries remain a bedrock within communities all across the country. “I feel like libraries are a pillar of democracy,” Pace reflects, “something uniquely American, in regard to how extensive our libraries are. I think having a place that’s open to everyone, that people from all walks of life can use is ... more important now than ever.”