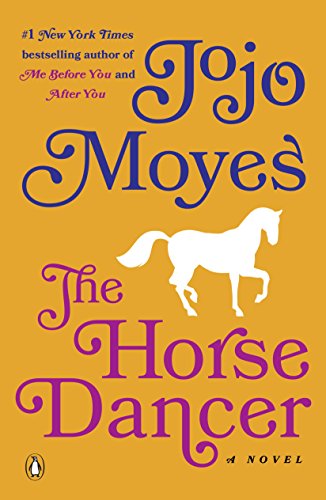 Are you a Spring Cleaner? Is this the time you go through closets and boxes, wash windows and pack away clothes?

The weather in Wisconsin has been a little erratic the past couple of months, so I’m hesitant to put away any warm clothes just yet. However my awesome husband has had some time off this month and has decided that it’s time to clean out the basement, garage, and a collection of boxes that moved with us over ten years ago but we never unpacked.

Let me tell you, we live in a completely different house! Matt has framed a bunch of favorite pictures and prints and put them up. He’s given away three carloads of clothes and odds and ends, and thrown away five or six bags of papers and random items that are broken or we no longer need (and don’t expect anyone else wants…).

Of course it’s hard to sit and read when he's doing so much work, so I’ve had to do at least part of my share, which has given me a great opportunity to listen to a lot of audiobooks while I’m going through stuff! (Yay!)

In the last month I’ve been so grateful to be able to listen to some of my favorite authors, either through my library or from the publishers.

I’ve loved everything I’ve read by Jojo Moyes, and The Horse Dancer was no exception.

Moyes is most famous for Me Before You, an uncharacteristically ambivalent happy-ever-after for the author, but everything she writes is beautiful and thought-provoking. Her storytelling often takes unexpected turns which, paired with her masterful writing and keen observation of human nature, makes for poignant, breathtaking reads.

In The Horse Dancer, Sarah and her grandfather train their magnificent horse Boo, despite their reduced circumstances, in the hopes that Sarah will be able to join the ranks of a legendary French riding school. But when her grandfather suffers a stroke, fourteen-year-old Sarah is placed in the care of the state, risking her training time and Boo’s health and safety. A fateful meeting puts her in the orbit of Natasha, a young lawyer who is at a personal and professional crossroads. When she and her estranged husband step in and take short-term custody of Sarah, it will send them all on an unanticipated journey and force them to face their deepest fears and learn to trust each other in ways they never expected.

Moyes often explores subtle class issues, or at least the kind of opportunities open to people who have a little wealth. In The Horse Dancer, she also delves into the kind of trouble a young teen can get into when she doesn’t know who to trust, especially when some of the adults around her  want to take advantage of her vulnerability.

If you haven’t discovered the joy of Jojo Moyes yet, I hope you will soon. I’ve yet to meet a Moyes novel I haven’t loved, but if you need unadulterated HEAs, you may want to skip Me Before You. (For those of you who did love Me Before You, you may be interested to know that she’ll be writing a third book following the character of “Lou,” to be released next spring.)

A recent fave author, Jennifer Robson, also had a new release, Goodnight from London. Stepping forward in time from World War I to World War II has in no way diminished Robson’s amazing capacity to capture a moment in time so consummately and potently. In 1940, American journalist Ruby Sutton jumps at an assignment to cover the European War from London and arrives just in time to experience the London Blitz.

Robson has earned her place as practically a must-read for me, mainly because I love historical women’s fiction set in World War I and World War II, and she’s particularly good at it. There is a love interest who floats mysteriously in and out of Ruby’s life, but we all know Bennett is doing something dangerous and heroic, and we must trust that he’ll survive so that Ruby’s reinvention as a scrappy, successful journalist in a new country will also include an HEA. (And lest you think it all sounds far too easy, Ruby must contend with a number of injustices of war and life, including professional jealousy, misogyny, and war-related tragedies and danger. Robson balances out the dark and the light in a very satisfying way.)

Another author I highly recommend, no matter where you start.

I also listened to Commonwealth by Ann Patchett and was blown away, as I often am by this incredible author. Her stories are so intricately woven and beautifully told that it is always a joy to experience her novels, whether read or listened to. The Kirkus reviewer called it "A satisfying meat-and-potatoes domestic novel from one of our finest writers,” and it was named one of the Best Books of 2016. A lyrical, powerful novel that I truly enjoyed, though felt slightly jarred by the brusque ending.

I managed to get a copy of the newest Maisie Dobbs novel, In This Grave Hour by Jacqueline Winspear (I loved it - the reviewer wasn’t quite as loving, but enjoyed it.) And the second Chief Inspector Gamache novel, A Fatal Grace, by Louise Penny — I have a lot to catch up on with that series, but it takes a few weeks to get each title on Overdrive, since they’re so popular. (It received a Kirkus star, as I think all of the books in the series have.)

So there you have it. Some authors to depend on while you (or I) get some spring cobwebs dusted out and windows opened to the fresh, lilac-scented air.

And that was just the tip of the iceberg for me! More soon.

(Special thank you shout-outs to HarperCollins and Penguin/Random House audio for copies of Goodnight from London and The Horse Dancer. The other titles came from my library via Overdrive.)

What about you? What all did you read this week? This month? Any must-read authors you were able to pick up?