Stories of the Unwanted with Don Brown 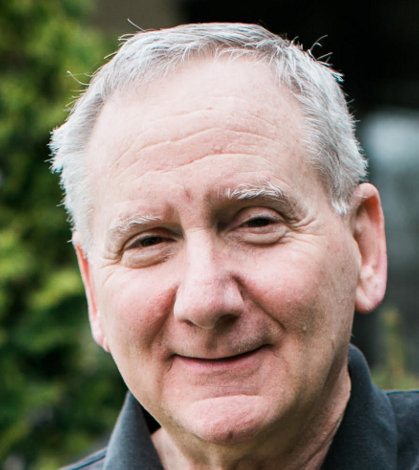 Author-illustrator Don Brown is no stranger to tackling complex topics in the graphic-novel format. But in his latest book, The Unwanted: Stories of the Syrian Refugees, he addresses the most complicated yet — the humanitarian crisis that is the story of the Syrian refugees, fleeing the tyrannical rule of Syrian president Bashar al-Assad. Choosing to focus on the refugee experience itself — disregarding anything beyond that, unless it aided in context — means he did not weave the more detailed and complex religious, political, and cultural roots of the crisis into the story. This, he writes at the book’s close, “would have made for an enormous, sprawling book, one that would not be well served by a graphic novel.”

But it works — and will certainly serve in classrooms, in particular, as a springboard for further discussion and learning. Best of all, it provides a compassionate glimpse into the struggles of the refugees, ones we are used to seeing as merely snapshots on our television screens and ones that can sometimes seem altogether incomprehensible.

I talked to Don via email about chronicling such a gut-wrenching story and his visits last year to refugee camps in Greece.

Jules: Hi, Don! Thanks for chatting with me about your new book. When did you know you wanted to do this book?

Don: The story of the Greek refugees was unfolding on television and cable news. The tragedy of it touched me, as did the essential humanity of it — that it could happen to any of us. It wasn't difficult to wonder what I would do in their circumstances; how I would respond; and, for that matter, how I would respond if I were confronted with a wave of refugees at my doorstep.

It is apparent that how one should respond to refugees is topical. In Europe, the response has gone from one of sympathy and generosity to outright hostility. In the U.S., it appears we have skipped directly to hostility — at least on the federal level. These thoughts ran through my mind and prompted me to make The Unwanted.

Jules: Was it daunting at all to know how to begin telling the story in a graphic novel format? Did your visits to the refugee camps in Greece help you know how you'd shape the story?

Don: The graphic novel is an incredibly versatile format for storytelling. Its power to tell fictional tales is undisputed; just ask Marvel and DC Comics. Doubts about its appropriateness for nonfiction were buried by Art Spiegelman’s masterpiece, the Holocaust memoir Maus. Subsequent nonfiction graphic novels have held up Spiegelman’s standard. Memoirs and biographies seem to dominate. Satrapi's Persopolis, Lewis's March, and Small's Stitches come to mind. But there are a few of us who grapple with large historical themes. For example, Tardi's It Was the War of the Trenches is a remarkable examination of the First World War. I've explored sweeping historical moments, such as the Dust Bowl drought of the 1930s and Hurricane Katrina in The Great American Dust Bowl and Drowned City. I felt comfortable tackling the large canvas of the Syrian refugee crisis.

The narrative arc of the Syrian tragedy is straightforward and digestible. It starts with local protests in Daraa against the Assad regime, followed by spreading nation-wide protests and violence that erupt into full civil war. Millions flee the country. Most of the refugees long to settle in Western Europe. At first, the Europeans are welcoming and generous. But much of Europe wearies of the flood of refugees, and generosity is replaced with hostility. The Unwanted uses episodes from different stages of the tragedy to tell the story.

My visits to refugee camps in Greece didn't help me shape the story; I was set to follow its chronological backbone. But the visits did confirm the point of view of the tragedy that I'd gained from research. It also revealed the complexities of the tragedy. For example, despite sharing the same calamities, the refugees still carried ancient ethnic and sectarian hostilities with them, making it necessary to segregate some camps. It's a sobering and sad thought.

And perhaps, most importantly, visiting Greece underscored the human scale of the tragedy. It was happening to ordinary men, women, and children, no different than my family and neighbors. The visit left me determined to tell the refugees' story with both accuracy and sympathy. They don't deserve less.

Jules: Can you talk about your decision to focus on the humanitarian crisis this is, instead of providing the religious and political context of the crisis? Was that a challenge to write?

Don: People fleeing chaos and violence at the risk of their lives is the vivid and heartbreaking story I wanted to share with my readers. I believe it's important to remind them that the flood of refugees streaming out of Syria is not just another "sad story" on the news but a humanitarian crisis without equal in recent memory. Reminding readers that is an ongoing tragedy endured by ordinary people not much different than themselves was also important to me.

There were multiple challenges making the book. One was distilling the story, while not sacrificing context, a knotty problem given the complexity of its antecedents. Another was selecting representative episodes of different facets of the tragedy that, when stitched together, give the reader a sense of the whole story. And portraying the refugees with dignity and accuracy was always at the top of my mind.

Creating the art had its own dilemmas, mostly surrounding the portrayal of violence. It is an important part of the tragedy and can't be ignored, but I didn't want to employ violent scenes gratuitously.

Jules: One thing I've always liked about your books is your refusal to talk down to children or sugarcoat difficult things. As you did in Drowned City, you don't turn away in this book from the harsh realities of this crisis.

Don: Being talked down to is an insult, whether you're an adult or a young person. No one, including children and young people, likes to be patronized or belittled. As a writer, talking down to your readers risks repelling them, destroying whatever message you're trying to convey.

I'm convinced children have a capacity for complex and troubling information. They can digest it when it is presented honestly, soberly, and straightforwardly, shorn of sensationalism or moralizing. I believe kids – people of all ages, for that matter – crave and value an authentic voice and will respond to it with open-mindedness. I try to construct my books on that belief.

Jules: Tell me more about the "voyeur to tragedy" unease you felt as you visited refugee camps. At the book’s close, you write: “The notion of having refugees recount their awful experiences of exodus seemed unnecessary and cruel. After all, those terrible stories are already widely circulated. My unease was hard to shake. In the end, I found value in the visits by their having made me a more sensitive witness to the refugees’ dilemma and a more powerful advocate for their salvation. I hope this book is a confirmation of those beliefs.”

Don: Yes,I've tried to sort out that feeling since my return. I think part of me suspects being merely a witness didn't measure up to being an active participant to the refugees’ aid. I met many young aid workers – impossibly young by this old man's measure –  who were fiercely dedicated to the dignity of the refugees and who brought a devotion, passion, and maturity to the their work that filled me with awe.

Jules: Thanks again, Don. It’s a moving book and a remarkable accomplishment. What can we readers expect next from you?

Don: I'm working on a couple of projects now. One is the start of a new series of non-fiction graphic novels with Abrams, called Big Ideas. The first book explores the ideas and innovations that led to the Moon landing in 1969. It will be released next year on the 50th anniversary of the Apollo landing. I'm also continuing to work with my longest standing editor Kate O'Sullivan at Houghton Mifflin. We are completing a non-fiction graphic novel about the Spanish Influenza epidemic.

THE UNWANTED: STORIES OF THE SYRIAN REFUGEES. Copyright © 2018 by Don Brown. Illustration used by permission of the publisher, Houghton Mifflin Harcourt, Boston.