The Story of Place 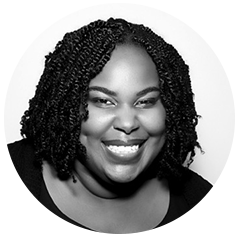 I belong to the pine trees that tower over Portland’s wide streets, to winter’s constant pitter-patter of raindrops. In the summer I crave Oregon’s marionberries and huckleberries and remember the days of soaking my hands in lemon to get rid of the purple stains after a morning of berry picking. I remember school field trips to Mount Hood, spending hours sledding down snowy hills. Though I grew up in the city, in just a short drive I could be at ocean, waterfall, hiking trail, or volcano.

Even though this was my reality, I seldom saw those experiences reflected in books about black children. Not only were these experiences rare, but when characters actually did live in the Pacific Northwest, they were white.

When I was a child, my teachers taught about the Great Migration but did not mention how African-Americans got to the Pacific Northwest. I learned about Lewis and Clark but never about York. I learned about the Harlem Renaissance but not about the thriving black-owned businesses and jazz clubs in Portland during the 1950s. I was taught about segregation in Alabama, lynchings in Mississippi, but not about Portland’s sundown laws or Oregon’s history with the Ku Klux Klan.

I believe local history is important, especially the local history of the marginalized people within that place. When I think about diversity in children’s literature, specifically writing realistic fiction, I ask myself: what don’t I know about the place where my character lives? Every city has a story. I want my characters to be curious about those stories. In many ways, the setting is a character. The names of streets, the monuments and statues around the city—all of these are clues that my character can investigate.

As much as we need diverse books, we also need curious writers who will research and do the work of uncovering buried histories. This is not to encourage writers to add token characters or shallow cultural references but instead to develop meaningful moments for characters to recognize the existence of others and the diverse world we live in.

When I write, as much as I am developing the story of my character, I am telling the story of the place she lives. By writing about my hometown, I hope readers become curious about their own.