The list that will keep you book-happy all summer long 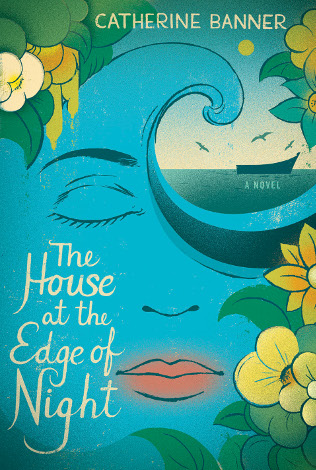 Fireside reading is mighty fine. Curling up indoors during spring showers certainly satisfies. But there’s nothing quite like summer reading, when the strong sun beckons us to beach chairs, park benches, riverbanks, and freshly cut lawns. The seeming theme of this year’s list—20 titles tailor-made for enjoyment outside, with some lemonade—is “outsiders.” The protagonists of these books, both fictive and real, include artists and writers, felons, fractured families, tomboys, men in fashion, and, in one hotly anticipated novel, the young women of a cult. Memoir, essay, satire, saga, and shining debuts: there were just too many from which to choose (which is why our list ends before August begins). We list the books below in chronological order by their publication dates. Happy reading!

Hawley is the Critics' Choice, Emmy, Golden Globe, Peabody, and PEN Award–winning creator of the FX TV show Fargo. Before the Fall is the twisting, terrifying, and mysterious tale of a private jet’s crash off the coast of Martha’s Vineyard on a foggy summer night. There are but two survivors: a struggling artist named Scott Burroughs and the 4-year-old son of a media mogul, who Scott saves. Was it an accident or something more sinister? Hawley’s fleet fiction will have readers anxious to find out.

The epigraph (and title) for Adams’ debut novel comes from Camus: “In the depths of winter, I finally learned that there lay within me an invincible summer.” Adams, of North London, left a decadelong career in investment banking after uncovering the talented writer within. Her debut novel is the story of four friends who graduate in late spring 1997: budding scientist Benedict, ambitious banker-to-be Eva, and bohemian siblings Sylvie and Lucien, an artist and professional partier, respectively. Over the ensuing decades, successes, failures, heartbreaks, and love affairs will unite and divide them in unforetold ways.

How can a man write women so well? A career in fashion and publishing in New York City was a boon for Alam, who got his start at Lucky magazine. Rich and Pretty is the story of a particular pair of female friends: Sarah is rich; Lauren is pretty; and they’ve been best friends since attending the same posh Manhattan middle school. Set two decades later, as Sarah plans to wed her longtime boyfriend, Rich and Pretty chronicles their evolution,“[capturing] something truthful and essential about the push-pull of friendship—the desire for closeness as well as the space to define ourselves” (Kirkus).

This Is Not My Beautiful Life: A Memoir

It sure wasn’t pretty: Victoria Fedden was 36, pregnant, and living at home in southern Florida when the DEA, accompanied by the IRS, busted in and arrested her mother and stepfather for allegedly masterminding a pump-and-dump scheme. But in capable hands, it is pretty funny: Fedden, an award-winning blogger (Wide Lawns and Narrow Minds) and Florida Atlantic University MFA grad, spins a story that’s “entertaining and unexpectedly wise” (Kirkus).

But What If We’re Wrong?: Thinking About the Present As If It Were the Past

Pop culture philosopher king Klosterman, riding forth from the premise that it is “impossible to understand the world of today until today has become tomorrow,” swiftly, satisfyingly uproots our deeply held beliefs. His ninth book takes on the future of rock ’n’ roll, time, dreams, democracy, Roseanne, sports—even gravity! “Replete with lots of nifty, whimsical footnotes, this clever, speculative book challenges our beliefs with jocularity and perspicacity” (Kirkus).

I Almost Forgot About You

Spurred by the unexpected death of her college crush, Georgia Young sets out to find all the men she’s ever loved and tell them how they’ve shaped her life. The successful 54-year-old optometrist closes shop, sells her house, and takes a train trip to Canada on this moving mission: “Here is McMillan’s trademark style in full, feisty effect: strong, complicated female characters, energetic prose, and an entertaining, seductive narrative,” our reviewer writes. A must-read for McMillan fans and anyone who believes in the transformative power of love.

Ted Flask calls his beloved, aging, ailing dachshund Lily. He calls the tumor that’s invaded her eye “the octopus” and imbues this malignant nemesis with the characteristics of a malevolent cephalopod. But in this—the perfect summer novel for fans of Garth Stein’s The Art of Racing in the Rain—love trumps hate. “In his funny, ardent, and staunchly kooky way, Rowley expresses exactly what it’s like to love a dog” (Kirkus).

For her sophomore novel, Smith (Glaciers, 2012, Ken Kesey Award finalist) serves up spellbinding, suspenseful eco-fiction. Two decades after an earthquake devastates Marrow Island, sparking a deleterious refinery fire and her father’s death, Lucie Bowen, an unemployed environmental journalist, returns to her family home on Orwell Island, off the coast of Washington state. When she receives a letter from an old friend now living on Marrow, Lucie launches an investigation into the mysterious community claiming to have cleaned up the uninhabitable island. “In graceful and dolorous prose, [Smith] captures a dense and dramatic landscape, evoking questions of what it means to harm—ourselves, our surroundings—and to heal” (Kirkus).

Make extra room on your shelf: The Second Girl is just the first book in your favorite new thriller series. Former D.C. cop Frank Marr is an irascible, irresistible, drug-addicted private investigator who’s not shy about wielding a weapon or stealing a stash—which is just what Marr’s up to when, unexpectedly, he discovers a kidnapped girl. Our reviewer writes that The Second Girl is “an auspicious, and gleefully amoral, series debut” from an author with firsthand knowledge of the D.C. crime scene—Swinson is a retired detective.

The Whale: A Love Story

Did Herman Melville share a tender moment or two with Nathaniel Hawthorne on the long road to writing Moby-Dick? In Beauregard’s engaging imagining of two years in the literary pair’s acquaintance (1850-1851), they do. Though a key plot point—a letter in which Hawthorne directly advises on Moby-Dick—is fictive, Beauregard’s historical fiction is based on extensive research, as recounted in the afterword. “Rich in historical detail, this novel explores its themes of creativity and friendship with an unusual intensity” (Kirkus).

One of summer’s buzziest books, Cline’s debut novel examines the motivations and aspirations of a group of girls who fall in with a Manson-type cult leader in the summer of 1969. Evie Boyd is the youngest—14, at the time—coming from a Northern California life that’s both comfortable and neglectful. When Suzanne, a glamorous and seductive young woman, offers up a surrogate support system to Evie, she jumps at the chance to join them, wherever the road may lead. The narrative shifts between that dark time and the present, when a middle-aged Evie poignantly reconsiders her early choices. “Vivid and ambitious” our reviewer writes.

We Could Be Beautiful

Catherine West leads an immaculate Manhattan life: personal trainer, weekly massage, collections of fine art and handbags and designer clothes. Yet, with two broken engagements, childless at 43, she yearns for more—and believes she’s found it in the handsome form of William Stockton, a well-heeled man she meets at an art gala. But when implications that William may be misrepresenting himself arise, will Catherine risk her happiness to investigate? “An intoxicating escape; as smart as it is fun” (Kirkus).

For lovers of William Faulkner and Toni Morrison, a debut novel garnering big praise from Kirkus: “A searing and magical debut by a monumental new talent,” Absalom’s Daughters is the story of two half sisters—one black, one white—who set out from their hometown of Heron-Neck, Mississippi, for a chance at sharing in an inheritance promised to their long-lost father. Suzanne Feldman holds an MA in fiction from Johns Hopkins University, a BFA in art from the Maryland Institute College of Art, and accolades including the Missouri Review Editors’ Prize.

While working as a fashion assistant at Elle and W,Hernández wrote a brilliant, biting satire with a protagonist who shares a bit of his biography. Outsider Elian San Jamar works his way through Yale, changes his name to Ethan St. James, and starts interning at prestigious fashion magazine Régine, where his lack of privilege is thrown into high contrast in this coming-of-age satire. “Honest and absurd, funny and tragic, wild and lovely” (Kirkus).

The House at the Edge of Night

British author Banner became a YA sensation at age 14 (The Last Descendants series, 2008-2015). The House at the Edge of Night is her knockout adult debut, the story of three generations of a family-run bar on a tiny island off the coast of Sicily. The novel is “guaranteed to draw comparisons to Beautiful Ruins, Cutting for Stone, and The House of the Spirits, whisking us away to a world grounded in both reality and myth, filled with marvelously peculiar characters, plotted on a grand scale” (Kirkus).

You’ll Grow Out of It

Klein is the head writer and executive producer of Comedy Central’s smash series Inside Amy Schumer. Told in essays with topics ranging from the difference between “ma’am” and “miss,” wedding dress shopping, and following your dreams, You’ll Grow Out of It is the story of a sassy tomboy who, in adulthood, considers herself a “tom man”—and still hates baths. Here, Klein seamlessly brings to bear the incisive humor for which she’s well-known.

Trying to Float: Coming of Age in the Chelsea Hotel

Rips has written an insightful and delightful memoir that belies her age: just 17 years old. For over 100 years, the Chelsea Hotel remained a famous crash pad for creative stars from Mark Twain and Dylan Thomas to Andy Warhol, Leonard Cohen, Patti Smith—even Madonna. In recent years, Rips, a high school junior, lived there, along with her parents and a motley assortment of artistic, musical, literary, alcoholic, addicted, and eccentric neighbors. “An engaging story with a big heart, written by a young adult whose sharply tuned and often witty observations will appeal to adults and teens alike” (Kirkus).

High praise for this stunning debut by Jamaican author Dennis-Benn: “Haunting and superbly crafted, this is a magical book from a writer of immense talent and intelligence,” our reviewer writes. Here Comes the Sun is the story of sisters Margot and Thandi: Margot, 30, is a desk clerk and part-time prostitute serving rich white tourists in Jamaica to support her sister’s education; but schoolgirl Thandi, 15, the family’s great hope, is more interested in beauty than books. Dennis-Benn explores race, gender, sexuality, classism, and tourism in this serious and rewarding read.

From a newyorker.com humorist (“What ‘XOXO’ Really Means,” April 18, 2016) comes a novel about a problem that will surely challenge the imaginations of avid readers of literary fiction: being a virgin at age 26. Julia Greenfield, going through a rough patch as well as a dry one, moves in with her Aunt Vivienne in North Carolina one summer. Aunt Viv, who paints scenes on plates, also happens to be what her generation would refer to as a spinster. Lots of laughs on the road to losing it (or not) in a debut Kirkus calls “amusing but also smart about people and unexpectedly sweet”—XOXO.