A list of recent horror novels for the summer, inspired by Alma Katsu’s 'The Hunger' 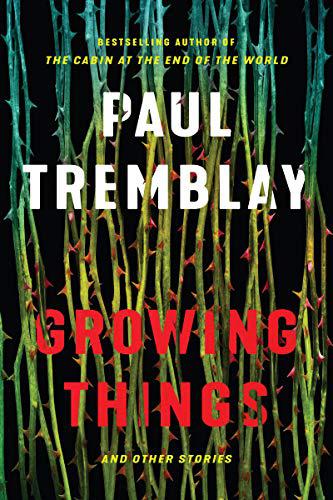 I think I’ve spoken at length before about my love for horror—especially at the peak of the summer season. There’s something about being beachside, in the brightest, most idyllic setting that beckons for a little bit of darkness. Horror novels fit that bill beautifully—especially ones that deal with dark secrets, moral decay, or a good old fashioned bloodbath.

Here’s a list of some of the horror I’ve been enjoying so far this summer.

The Hunger by Alma Katsu. Everyone knows the story of the Donner party, right? They were the infamous, ill-fated caravan of wagons that went westward to settle in California, but due to a series of unfortunate events, they were stranded in the Sierra Nevada mountains over the winter months of 1846-1847. The Donner party is most infamous because of its legacy—of the eighty-some caravan members who were stranded in the snowbound mountains, only forty-some survived, having had to resort to cannibalism to endure the long winter. The Donner party has long been subject of popular fiction and film (Ravenous is one of my personal favorites, though not explicitly about the Donner party); Alma Katsu’s entry is the latest, and perhaps the best, in the field. The Hunger traves the journey of the caravan from summer through the hard winter, reimagining the plight of these pioneers through the lens of a doomed, supernatural threat. Cannibalism—technically, the hunger for human flesh—is at the heart of Katsu’s terrifying and twisty tale, with a supernatural threat hunting the ever-weakening travelers. If you’re a fan of Dan Simmons’s The Terror, American westward expansion history, strong female characters, and some supernatural folklore, The Hunger is for you.

Inspection by Josh Mallerman. Yes, the Bird Box author wrote another book! Inspection, in fact, promises more complexity and subliminal scares on a grander scale than Bird Box. In this unrelated novel, a boy named J goes to school with twenty-five other male students and answers to their father. Some distance away, a girl named K goes to school with her twenty-five other female students and answers to their mother. Neither the letter girls nor the alphabet boys know of the others’ existence… until J and K start asking questions, and challenge the status quo. A suffocating, eerie, bizarre novel at the end of the world, Inspection is Josh Mallerman showing off a little more range--definitely recommended.

The Luminous Dead by Caitlin Starling. You want claustrophobic horror on the most primitive, micro level? Try Caitlin Starling’s debut novel, about a caver on a desperate mission to prove herself, score big, and buy her way off of a dead end planet and into an actual career. The only problem is that Gyre—the caver—lied about her experience, and her handler, Em, knows it. The mission Gyre’s on is no routine exploration for precious minerals; it’s a personal vendetta into a cave that has claimed many, many other climbers lives before her. As Gyre descends ever-deeper into danger to satisfy Em’s questionable goals, Starling ratchets up the tension and crafts a powerful, effective thriller. Don’t read this one if you’re planning on a spelunking trip. (Or maybe, do—if you’re a caver, you’ll appreciate the closed-room dread of The Luminous Dead. I certainly did.)

Growing Things and Other Stories  by Paul Tremblay. The only short story collection I’ve got on the list, Growing Things is Tremblay at his peak—this collection comprises nineteen stories in which monstrous people meet horrific ends. Some of the characters are familiar from the author’s other novels, most notably from A Head Full of Ghosts. If you’re a newcomer to Tremblay’s work, or an existing fan, there’s something for you in Growing Things. Bonus: the collection also includes author notes about each story, which I highly recommend reading.

Five Midnights by Ann Dávila Cardinal. Because every horror list needs a teenage slasher. Five Midnights is the story of teens Lupe (an American from Vermont, visiting Puerto Rico for the summer) and Javier (a local). When a rash of murders turn up, Lupe’s policeman uncle is called to the scene—are the murders the act of a human killer, or the hallmark of El Cuco? While the traditional horror elements are beautifully done, Cardinal’s work shines because of the care and attention she pays to the setting of Puerto Rico and the very real people who struggle with very real issues—poverty, drugs, family issues, and the like—as well as the fable of El Cuco.

The Gameshouse by Claire North. A horror novel that is actually a bit of a cheat as it comprises three previously published novellas. Still, anytime there’s a new Claire North book, I’m immediately bought-in. The Gameshouse is a place where fortunes can be made and crushed; it is a secret, invitation-only league in which any and every game can be played, determining the outcome of wars and countries and empires and power, spanning countries and decades. Intrigued? GOOD.

Wilder Girls by Rory Power. Last but certainly not least, there’s the debut novel from Rory Power. Billed as a feminist, queer Lord of the Flies, Wilder Girls is the story of three best friends at a boarding school that has been quarantined due to a lethal infection--the Tox--that kills or changes its host. When one of the friends goes missing, it becomes a race against time and chance to save her from a fate worse than death--and maybe even some terrifying revelations about the Tox and the world itself. Wilder Girls is next on my TBR and has been receiving rave reviews--I cannot wait to dive in.

What other spooky horror novels are on your list this summer?