Swept Away by Nan's Story 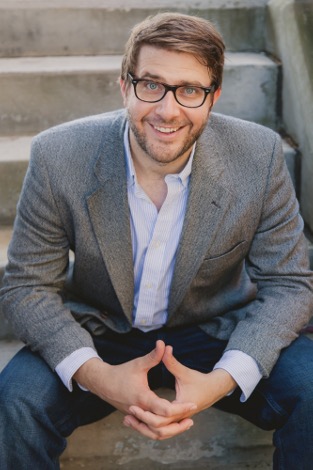 "I'm currently in the middle of writing a quieter book that I might describe as Charlotte's Web with a chimney monster." This is what author Jonathan Auxier told me two years ago at the end of this chat. The book he spoke of—once a tangled work-in-progress, as early drafts inherently are—has finally made its way to readers, and it’s called Sweep: The Story of a Girl and Her Monster. It is the gripping, moving story of Nan Sparrow, a chimney sweep in Victorian London and an orphan who lives with fond memories of the only caretaker she ever knew, the man she called Sweep. Sweep has disappeared, and Nan lives in hiding with Charlie, a golem who saves the girl during a particularly harrowing sweep job. The pair hides from Wilkie Crudd, a cold-blooded, cutthroat chimney sweep, intent on destroying Nan. It’s one of the best novels I’ve read this year, a meticulously-researched, lovingly crafted story of redemption.

Auxier writes in the book’s closing author's note that it took over 15 years to "find the ingredients for this story." (He explains this in the book’s backmatter, which you definitely don’t want to skip.) Would he still describe it as "Charlotte's Web with a chimney monster”? “I think that description holds up,” he tells me, “though I want to be clear that Charlotte's Web is the far superior book! The biggest change to Sweep since we talked in 2016 is the scope of the story: I spent years trying to craft a smaller story that was 100% focused on this girl Nan and her monster. But as I wrote, it became clear that I needed to address the world that Nan lived in—namely, the abusive practice of using children as chimney sweeps. It wasn't enough that one character managed to escape from that life; she needed to go back and help others. And that's really what the whole book is about: ‘we save ourselves by saving others.’”

The novel doesn’t plant itself in one timeline. Occasionally, readers are given glimpses, haunting in their tenderness, into Nan’s memories or even dreams of her father-like Sweep; these are chapters formatted in italics, making it clear to readers that she is reminiscing. Auxier’s transitions between these memories and Nan’s present-day adventures are seamless. It’s not easy, he says, but it’s worth it in the end. “I certainly obsess over those sorts of transitions, and I'm glad to hear they worked for you. I find a lot of my books tend to involve an ongoing backstory that is revealed to the hero over time—it's a pain to write, but often a pleasure to read. In some ways, I'm simply trying to simulate the experience of growing up. Kids hit a certain age and start to re-examine the simplistic stories they were told as young children, often discovering new, more complicated truths about themselves and the world.”

Sweep is a curious mixture of mythology—the golem of Jewish folklore is a key element of the narrative—and historical fiction. Readers learn about the time period in which the story is set, as well as about child labor in Victorian London. Auxier blends the two with seeming ease and took a deep dive into the research for the story. “The historical research was a serious challenge,” he tells me. “One of my previous books, The Night Gardener, was also set in Victorian England, but it was a contained story inside a single house. The research challenges for Sweep were orders of magnitude more difficult. Victorian London was so incredibly interconnected, especially for someone like a chimney sweeper—a person who lived in abject poverty but worked inside the homes of the most wealthy and powerful. I felt like Nan couldn't cross a street without me having to do a week's worth of research to figure out what that would be like.”

As for the presence of the golem—gentle, open-hearted Charlie—readers are treated to a storyline both heartwarming and heartbreaking. The heartache, Auxier tells me, isn’t easy for an author to pen. “I work pretty hard not to shut myself off from raw emotions, which often help the writing,” he explains. “But in the chapter called ‘The Sweep's Gift,’ it backfired spectacularly: I literally could not write that chapter. It was just too emotionally difficult. Two weeks before the book was due, I still hadn't written anything but a one-paragraph outline of that chapter. When I did finally force myself to write it, the levy broke and I sobbed harder than I have ever in my life. It's worth noting that I write in a public co-working space. I was bawling so loudly that people left the room. I had to do some awkward apologizing afterward.”

Readers eager to read more of Nan’s story, given that she’s one of this year’s most memorable characters, should hold tight to her tale in Sweep, as we won’t likely see her in any sort of sequel. No promises either way from Auxier, but he notes that “part of the reason this book was so hard to finish was that I didn't want to say goodbye to Nan. She has been a part of me for so long that it's impossible to forget her. That being said, I'm not sure Nan would want me mucking up her life with more danger and drama. The poor kid's earned a break!”