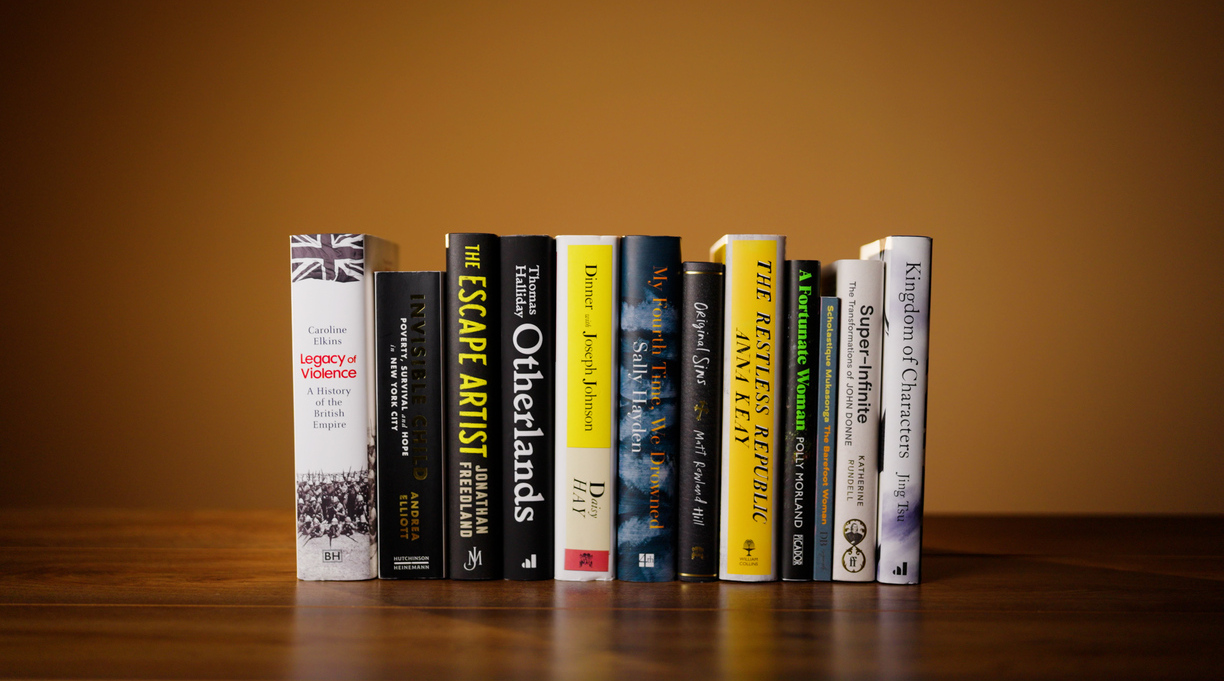 Photo from the Baillie Gifford Prize

The longlist for the U.K.’s Baillie Gifford Prize, which “aims to recognize and reward the best of nonfiction,” has been revealed.

Twelve books made this year’s longlist, including Andrea Elliott’s Pulitzer Prize–winning Invisible Child: Poverty, Survival & Hope in an American City. Elliott is one of three American authors to make the list, along with Caroline Elkins for Legacy of Violence: A History of the British Empire and Jing Tsu for Kingdom of Characters: A Tale of Language, Obsession, and Genius in Modern China.

Four authors, including Elliott, were nominated for their first book; the others are Thomas Halliday for Otherlands: A World in the Making; Sally Hayden for My Fourth Time, We Drowned: Seeking Refuge on the World's Deadliest Migration Route; and Matt Rowland Hill for Original Sins: A Memoir.

Other books making the longlist include Jonathan Freedland for The Escape Artist: The Man Who Broke Out of Auschwitz to Warn the World; Daisy Hay for Dinner With Joseph Johnson: Books and Friendship in a Revolutionary Age; Anna Keay for The Restless Republic: Britain Without a Crown; Polly Morland for A Fortunate Woman: A Country Doctor’s Story; Katherine Rundell for Super-Infinite: The Transformations of John Donne; and author Scholastique Mukasonga and translator Jordan Stump for The Barefoot Woman.

The Baillie Gifford Prize was established in 1999 as the Samuel Johnson Prize; it changed its name in 2016 after being sponsored by the Scottish investment management company. Previous winners include Anthony Beevor’s Stalingrad, Helen Macdonald’s H Is for Hawk, and Patrick Radden Keefe’s Empire of Pain: The Secret History of the Sackler Dynasty.

The shortlist for this year’s prize will be revealed on Oct. 10, with the winner announced at a ceremony on Nov. 17.