A Month of Sunshine...and Spies 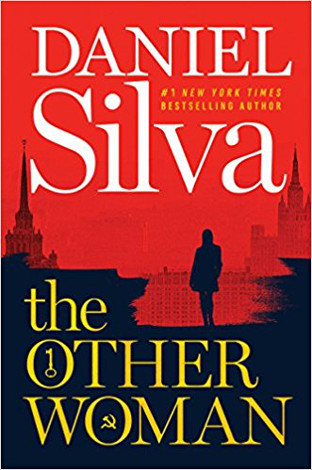 Late spring is what I like to think of as Daniel Silva season around the Kirkus office, when reviewers and staffers start clamoring for the galley of Silva’s latest thriller about art restorer and Israeli intelligence chief Gabriel Allon, which comes out reliably every July.

This year’s model, The Other Woman, is the third in a row to earn a Kirkus star; our reviewer says, “Russia is the adversary here, and Allon and his team must find the one woman who can reveal the identity of a mole who has reached the highest echelons of Britain’s MI6. The search will take Allon deep into the past, into the secret heart of one of the 20th century's greatest intelligence scandals. Silva’s work has always had a political edge, and his storytelling has only grown more biting recently. Although he doesn’t name the current American leader, he does mention a ‘presidential tryst with an adult film star,’ as well as that president’s strange fondness for Vladimir Putin.”

When you finish The Other Woman, I wouldn’t be surprised if you wanted to read another spy thriller right away. Try Dan Fesperman’s Safe Houses,

which also earned a starred review. This stand-alone novel tells the story of Anna, a woman who learns, while investigating the murders of both her parents, that her mother, Helen, was once a CIA spy in Berlin. The book tells both women’s stories in two separate timelines. Our review says, “Fesperman takes a risk in dividing the narratives so cleanly, but the strategy pays off when they converge, one story deepening the meaning and intensity of the other. Unlike some spy novels, this one never bogs down in gamesmanship, spy talk, or cheap reveals….As fiendishly clever as it is richly entertaining.” Laurie Muchnick is the fiction editor.