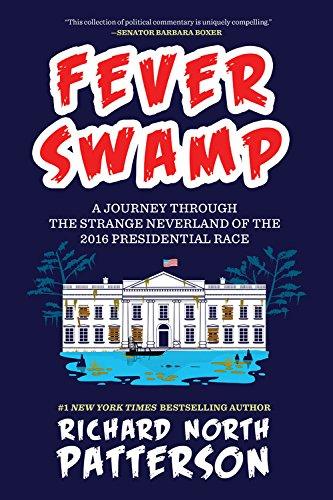 While I’ve always been a devoted novel and short story reader, as the nonfiction editor at Kirkus, I don’t have time to read as much fiction as I would like, and even less in the thriller/mystery/crime genre. This January, though, two acclaimed thriller writers will publish on my side of the aisle.

On Jan. 3, Douglas Preston, known for his Wyman Ford series and his collaborations with Lincoln Child, published The Lost City of the Monkey God, a thrilling (pardon) chronicle of the author’s search for a lost civilization in the heart of the Honduran rain forest. In a starred review, our critic calls it “a story that moves from thrilling to sobering, fascinating to downright scary—trademark Preston, in other words, and another winner.” Monkey God is sure to please fans of Tim Butcher’s Blood River and Chasing the Devil as well as David Grann’s The Lost City of Z, among other stories of wilderness archaeology.

A week later, Richard North Patterson (Balance of Power, Exile, The Devil’s Light, etc.) published a tangled-jungle tale of a different sort with Fever Swamp, his collection of essayistic observations about the stranger-than-fiction 2016 presidential campaign, or what our reviewer called “the solipsisms, slanders, slurs, and slogans of the last electoral cycle.”

From the then-improbable candidacy of Donald Trump, through the clown-car, revolving-door ups and downs of the many other Republican candidates, all the way to the dawning horror that Trump could actually win the presidency, Patterson offers one of the first of what are sure to be many accounts of this historically lamentable campaign. Sure, wrote our reviewer, the author may not be “Theodore White or Hunter S. Thompson,” but he delivers “a readable, often astute record of a presidential campaign that future generations should ponder with astonishment—and disgust.” Eric Liebetrau is the nonfiction and managing editor.