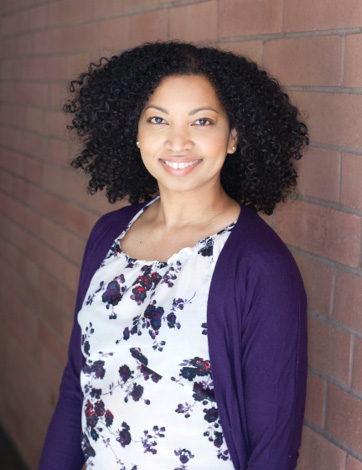 From the calypsonians of Carnival to Nobel Prize-winning native son V.S. Naipaul, the people of Trinidad and Tobago don’t want for representation in story and song, says YA author Tracey Baptiste.

Yet she never heard the tale of a black mermaid.

“In mythology,” says Baptiste, author of the middle-grade fantasy Rise of the Jumbies, “anything that is brown or dark has always been the bad guy or ugly. Growing up in Trinidad and Tobago, where most of the people are black and brown—Trinidadian women are known for being the greatest, hottest dressers around. Their hair is perfect, the makeup is perfect, the clothes are perfect, the heels are perfect.

“I wanted to have [mythical] creatures who were brown and gorgeous,” she says, “because that is what I saw all the time.”

Baptiste, who left Trinidad at age 15, maintains a lifelong love of fairy tales and jumbie stories. (Jumbies are mythological spirits or demons of Caribbean folklore.) A former elementary school teacher, she is a writer, editor, and professor of creative writing at Lesley University in Massachusetts.

In Rise of the Jumbies, the sequel to her 2015 novel The Jumbies, four gorgeous brown mermaids shepherd preteen protagonist Corinne La Mer and three friends on an aqueous adventure. They must cross the sea to retrieve a sacred object, from Ghana, for Mama D’Leau, a powerful jumbie whose help they need to find their missing friends.

It’s a quest Corinne undertakes, in part, to prove herself to her community in the aftermath of the damning revelation that she’s half-jumbie.

“Corinne had already started to get used to the stares, the whispers, and the way parents pulled little ones out of her path as she walked by,” Baptiste writes in Rise of the Jumbies. “But she would never get used to how it made her feel. And it wasn’t something she could explain to her papa or her friends. They wouldn’t understand.”

“In this story,” Baptiste says, “Corinne finds herself going up against even more powerful jumbies than she did in the first book. Partially, it’s because she feels like she needs to redeem herself....People have decided that she’s bad, because she’s half-jumbie. She feels badly and wants to do something about that, so she puts herself into incredible danger and her friends come along.

“But,” she says, “the bigger and more crucial story, and the part that was the most difficult and fraught to write, is the story of the mermaids.”

In the course of their bold journey, it becomes clear to Corinne, whose jumbie powers allow her to hear and see what her friends cannot, that their mermaid guides are twice-taken souls. Before Mama D’Leau transformed Sisi, Noyi, Ellie, and Addie into finned immortals, they were African girls stolen in the Transatlantic Slave Trade.

“They captured us from our homes, said Noyi,” Baptiste writes. “They chained us. She dropped the chain in her hand, recoiling as if it had stung her. I was called

Ozigbodi, she said. That was my name then.”

Incorporating this intense and important historical subject matter into a middle-grade fantasy narrative was the book’s true challenge, says Baptiste, who ably strikes an admirable balance. In a starred review, Kirkus calls Rise of the Jumbies, “A stirring and mystical tale sure to keep readers thinking past the final page.”

“I do hope that this book implants some seeds of deeper things for readers to think about,” she says, “—maybe not while they’re reading the book, but later. For the most part, I really hope the kids who read it just have a great time.”