On Translation, Heroism, and Writing as an Act of Love 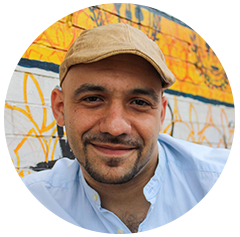 Young nerds of color learn to translate. It’s a necessity. Since we didn’t inhabit the pages and worlds of our favorite stories—at least not in any meaningful way—we either figured out how to imagine ourselves there or we gave up, moved on. The question we’ve all had to ask ourselves at one moment or another is this: how do you love a genre that doesn’t love you back?

For me, there was a period in which I simply had to turn away from sci-fi and fantasy. Tired of the ongoing lies and erasure, I stepped all the way back. Beyond the simple lack of representation, I was reckoning with the merging mythologies of American exceptionalism and Western-centric fantasy literature. Like many of us, I was raised on the televised lie of a benevolent empire; it became impossible not to see reflections of that lie in the masterpieces of imagination that I had once found solace in. What were the raging brown hordes of Mordor if not demonized versions of the same disenfranchised and discarded populations whose struggle Franz Fanon captured in The Wretched of the Earth?

Literature—I had always seen it championed as a voice for the voiceless, automatically for the people, a narrative rebellion. But reflecting on the torn world around me and looking back at where we’ve come from, the lies we rely on, the overwhelmingly white bookshelf became an unmissable hypocrisy. There has always been dissent against this, but in 2015 our voices came together in a way they hadn’t before. The assertive, militant, and heroic writers’ movement that Toni Morrison called for in 1981 has felt like it’s been coming more alive with each passing year. Publishing professionals and assorted naysayers wagged their fingers, repeated baseless, racist claims that stories of color don’t sell, carefully ignoring their own roles in the destinies of books. Again and again, the numbers proved them wrong.

And this is why we write: so the next generation of nerds of color won’t have to become skilled translators on top of everything else. So that they can see themselves riding dragons, dancing with spirits, fighting off demons—without the added heartbreak of feeling unwelcome in their beloved genre. So they can look to us, the creators, and see reflections of themselves and, with very little stretch of their vibrant, ferocious imaginations, conjure visions of their own names on the covers, their own pictures on the backs, their own wild words and brand new worlds on each page.