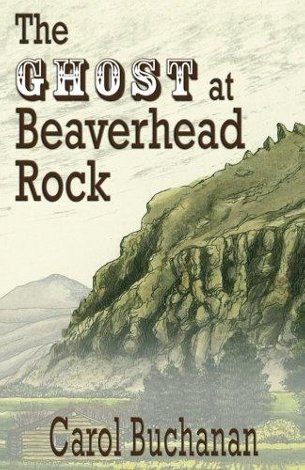 In Timothy Shambley’s Slade River, Mike Rivers, the former sheriff of Applegate, Texas, tracks down the Clayton brothers, who killed his wife and son. But Texas Ranger Tom Slade prevents Mike from exacting retribution and arrests the Claytons. Tom then persuades Mike to return to law enforcement as a justice-seeking Ranger. Our reviewer calls this “novella in the form of a buddy movie” a “pleasant escape.”

Daniel Stark, the protagonist of Carol Buchanan’s The Ghost at Beaverhead Rock, returns to the Montana Territory to marry his lover but discovers he leads the roster of suspects in the murder of her husband. Stark, a lawyer and ex-vigilante, must now find the culprit to escape execution while dodging

a spirit who stalks him. “A solid addition to the Western genre,” our critic writes.

Jeff R. Spalsbury’s The White-Haired Buffalo Hunter, another Montana Territory tale, features James A. “Buff” Beaufait as the title character. Buff’s  cohorts include Doc Whitfield, the fastest gun in the West; Jaime Larson, owner of the Lead Sky Livery and Dray; Snort, a buffalo runner; and Sam Haddly, the proprietor of the blacksmith shop and a former slave. According to our reviewer, this “lighthearted, shoot ’em-up romp” delivers “clever, gunslinging heroes who are determined to civilize the territory.” Myra Forsberg is an Indie editor.