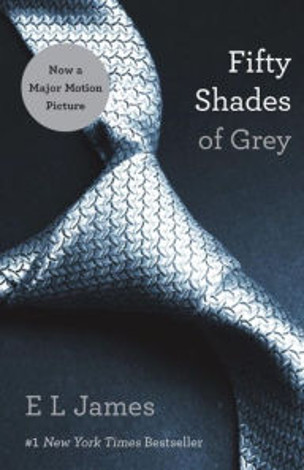 Throughout its history, fandom has accompanied science fiction stories: passionate fans who interact with the larger genre fabric, not just in the traditional ways. Some fans would contribute their own stories in existing fictional worlds, creating a new type of literature: fan fiction. With the advent of the internet, it’s exploded in popularity.

Fan Fiction, at its most basic, is an unauthorized story written in a pre-existing property: it’s written by fans and published in fan circles, or now, on the internet. The Oxford Dictionary of Science Fiction defines the term as:

The term goes back as far as 1939, and was used in the early days of fandom to differentiate the works found in a fanzine—a fan-run publication, usually printed on a mimeograph—and those of professionally published magazines. Fandom frequently produced authors who got their start publishing stories in such publications, before graduating to the professional markets as their skills improved.

By the 1950s, such fanzines had begun to decline, according to Joan Marie Verba in Boldly Writing: A Trekker Fan and Zine History, 1967-1987: “This decline [in Star Trek fanzines] was similar to what happened to science fiction fanzines that once published fan fiction. Most sf fanzines stopped publishing fan fiction in the 1950s. At that time, the number of markets for professional science fiction grew, so that when science fiction authors reached a certain competency in writing, they would submit their stories to professional markets instead.”

While traditional genre authors had moved beyond fanzines to publish their own stories, fan fiction began to grow in popularity in the 1960s with the rise of popular science fiction programs such as Star Trek. Fans of Gene Roddenberry’s science fiction show had begun to coalesce into their own fan culture, complete with its own set of fanzines, such as Spockanalia, first published in 1967 by Devra Langsam and Sherna Comerford in New York City. The 90-page publication contained a letter from Leonard Nimoy, updates on other fans, and a short story called “The Territory of Rigel,” by Dorothy Jones Heydt, one of the first examples of such fiction for the franchise. This expanded beyond the Star Trek world: Glen Weldon noted in his recent book, The Caped Crusade: Batman and the Rise of Nerd Culture, that comic book fans also partook in this style of fiction. “Instead of simply receiving stories about Captain Kirk, or The Doctor, or Batman, these contributors created their own."

Other Star Trek fanzines followed suit with fiction and nonfiction of their own, and fan fiction began to grow in popularity. As they grew, they formed very differently from traditional publications: female-produced fanzines “differ dramatically from the standard form that continues to exist besides it in the science fiction community at large,” writes Camille Bacon-Smith in Science Fiction Culture. “The traditional fanzines generally included trip reports and letters reviewing other fanzines….Modern fanzines, by contrast, fill the need of a mostly female audience for fictional narratives that expand the boundaries of the official source productions offered on the television and movie screen.

While we’ve seen in this column that women have been a vibrant part of science fiction’s professional and fan worlds from its start, until the New Wave of the 1960s and 1970s, its content tended to be directed towards a largely male audience (this certainly persists to this day). Weldon notes that “written by and for a predominantly female audience, these stories played with genre conventions as often as they slavishly re-created them, interrogated new narrative possibilities, and challenged the numerous implicit and previously unquestioned assumptions coded into characters’ relationships, sexual or otherwise. The result was something the historically male nerd audience never experienced: an ongoing interactive dialogue with beloved fictional characters.”

This is important, because fans had a new way to interact with the subject for which they were most passionate about, and used it as a means to expand their understanding of the world. Readers had the option to no longer be passive readers of the content, a major step forward for female fans who were often under-represented in male-driven fiction. Fan fiction provided an outlet for new possibilities.

One such outlet was the creation of “slash fiction,” which paired male characters in hypothetical relationships: Kirk and Spock being the first such example,

coming out of Trek fanzines, and expanded to other properties.

This didn’t go unnoticed by critics: one such author, Joanna Russ, dedicated some time to examining the underlying phenomenon behind it, and authored an essay, “Pornography by Women for Women, With Love,” in 1985, arguing that science and fantasy fiction was a complicated genre, and that there is considerable subtext behind the author’s motivations and interpretation of the subject material. She contended that Fan Fiction largely filled unpublished needs from readers, and allowed authors to explore radically different issues outside of the normal publishable boundaries.

Fan fiction largely remained relegated to the confines of fandom within fanzines throughout the 1980s and into the 1990s. However, with the introduction of the internet, a new outlet presented itself: usenet communities. These communities allowed unprecedented access for fans to communicate with one another, and fanfic communities began to appear throughout the early Internet.

In 1998, another avenue opened up: fanfiction.net, a website that allowed users to upload their own stories for public access. The site became exceptionally popular, allowing for reviews and feedback from readers. Hundreds of thousands of stories from hundreds of existing franchises exist on the site, telling innumerable stories from the worlds fans love.

Over its history, fan fiction has demonstrated that it isn’t idle self-indulgence.

Numerous well-established authors wrote fan fiction before they got their start: genre authors such as Lois McMaster Bujold, Nail Gaiman, and Naomi Novik have all produced their own stories, some of which evolved into published novels. One such notable example is E.L. James’ 50 Shades of Gray, which began as a Twilight story. Others, such as John Scalzi, produced stories which fall into the realm of fan fiction: his novel Fuzzy Nation began as a take on H. Beam Piper’s novel Little Fuzzy, from which he sought permission from the Piper estate before publishing. “Well, it is fiction, I am a fan, and I did write for my own amusement in a universe for which I didn’t have clearance in at the time — so, overall, yep, looks like fanfic to me, too, or at least some species of it, as I understand fanfic to be,” Scalzi has said.

In other instances, companies have licensed their stories to writers to expand the universe: Star Wars is one notable example, with authors invited by Bantam Spectra or Del Rey books to pitch stories that continue the narrative from the films. These products are fully endorsed by the parent company, written by established authors, most of whom fully confess to being fans of the original story: in many ways, these have all the hallmarks of fan fiction, even if they don’t fit the traditional “amateur” or “unofficial” publishing status.

Looking at the phenomenon, Fan Fiction is a wholly new type of medium that arrived because of the close-knit genre communities, and it demonstrates the unique environment of these communities. They’re also coupled with the rise of larger media franchises that typically expand far beyond the reach of novels. Fan fiction has provided a unique opportunity for fans to push the boundaries of the stories that they’ve come to love, and contribute to it in their own ways.