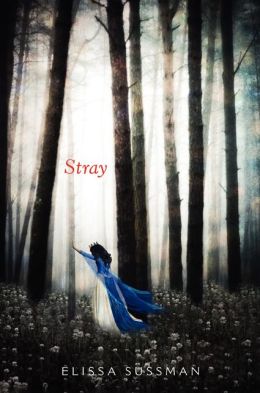 It’s probably safe to say that at the moment, there are two sub-genres of speculative fiction that have experienced extreme popularity within the YA market: dystopian fiction and fairy tale retellings. I guess it was just a matter of time until someone thought to put the two together.

Stray is a fairy tale dystopia: It has the trappings of fairy tales within the parameters of a dystopian society in which the happy ever after has gone terribly wrong. Aislynn is a princess who is following the Path and dreaming about her Introduction Ball, where she would meet her Prince Charming—as a young maiden she must marry soon and be put under the care of a husband who will control and take care of her. She—and every woman in the aristocrat class—has a fairy godmother, someone in charge of not only taking care of these women’s every wish but to also spy on them.

All women follow this set of rules in order to keep their hearts pure: never to use magic; never to want anything; never to speak up or do anything outside what is prescribed to them. Except, Aislynn wants more. And in wanting more, she finds herself finding out that there is a lot more to this world that she has been told.

Elissa Sussman's Stray falls squarely within the field of cursory dystopia. You know the type: When we have a premise (“let’s make love forbidden!”; “let’s make fairy tales Gone Wrong”) but then the actual execution of said premise doesn’t think things through at a very basic level in order for the story to sustain even a small semblance of plausibility.

So, for example, in this extremely misogynist world where magic is so bad it has been forbidden and where women are effectively shamed, controlled, attacked for it and where, if you do end up using magic you become a stray, we also happen to have fairy godmothers who are part of the controlling system but who for some reason can and should wield magic. Are you confused? Well, so am I, because it makes no sense. In addition, women are the only ones who can do magic and yet they have been thoroughly repressed and controlled by nonpowerful men: How exactly did this happen? Why? How did this state of affairs—in which the more powerful become the underdog—come to be? In addition, every fairy godmother has their “loving heart” (actual words used to describe their hearts) removed before becoming a fully-fledged fairy godmother so that they have no feelings. But Aislynn is able to restore her loving heart on her own because she is so, so special (aka Ana’s Pet Peeve #15846). It’s hard to take anything seriously when it comes to Stray.

I do understand the motifs behind the world building: the story is constantly questioning the misogyny and the hypocrisy of this society and Ayslinn comes of age in a manner that directly challenges the status quo. I appreciate the fact that the story is diverse, featuring characters of colour as well as LGBT characters. There is also an attempt at addressing problems of class as well as gender. Unfortunately the story is simply not well-executed enough, featuring plot holes and a protracted and confusing story development with storylines that come out of nowhere and proceed no further. It is, for lack of better words, rather messy.

Color me unimpressed. I shall stray from this path of reading the sequels.

In Book Smugglerish: 4 out of 10 (bad but not without some merit)